The Icebergs of California

on May 06, 2009
In the past five years or ten years, Rosa 'Iceberg' (Kordes, 1958) has become a popular landscape shrub around here. Too common, perhaps, yet I always enjoy seeing it, sometimes breathtaking, if placed correctly, sometimes sadly planted and left to wither. 'Iceberg' is quite an old cultivar as modern roses go. Most modern roses receive a year or two of hype, and then are quickly forgotten in the blizzard of new introductions.

Somewhere along the way, 'Iceberg' stopped being a rose and developed a second, highly successful career as a reliable landscape shrub for Southern California. In other parts of the country and the world, it is too tender and too vulnerable to Black Spot, but here it has found a home--or rather many, many homes, and gas stations, and fast food restaurants, and drug stores.

By itself, the plant can be unattractive: the bottom is usually bare, grey, lumpy. The foliage can be sparse; the growth habit, often gangly if neglected. It is somewhat mundane, by itself. A flower that is loose, underwhelming, unscented.

Here it is lost and lonely, with the impact of the white flowers lost against the white wall. However, the simplicity of the color scheme, green, white, and black, is soothing and satisfying. It makes a good standard ("tree") rose, but needs attentive pruning to maintain a full, rounded head. Left to itself, the awkward structure is raised up so it can be seen more clearly. Oops! 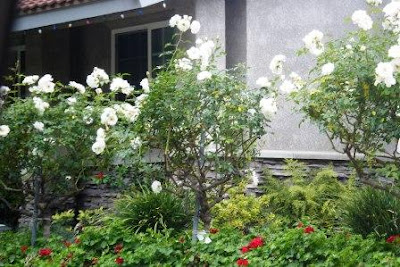 Here's a newly planted row in front of a newly built wall. Now the white flowers can be seen clearly against the tan blocks. The row will look better once the roses develop, but the single row is not ideal. The boxwood in front will help. 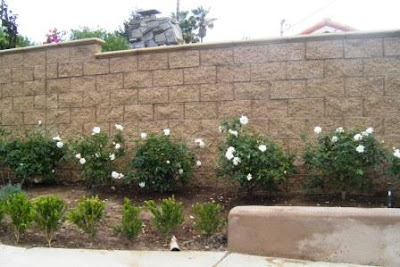 Here's another row. Again, not entirely satisfying--these are a little stressed on a dry slope and there is a lot going on visually--a row of red groundcover roses, then the Icebergs, then a row of Phormiums, a tree, bouganvillias, miscelaneous shrubs, color and texture to be sure, but a lot for the eye to deal with. Contrast this with the first photo, the white/black/green. This clearly illustrates how soothing formality and simplicity can be, and how more complicated is not always more desirable. 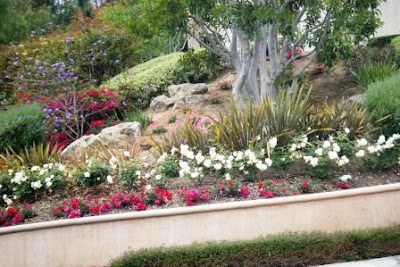 And another row. The structure and weight of the walls and boxwood contrasts well with the blowsy, rolling, tumbling feel of the rose. Again, the simple color scheme of greens, white, and tan has a lot of impact. One of my favorite combinations is many Icebergs, a few olive trees, and Ligustrum japonicum. The crisp white flowers, the dusty olive foliage, the dark, nearly black cast that old Ligustrum foliage takes on after years of being clipped and reclipped as a hedge, make a perfect trio. 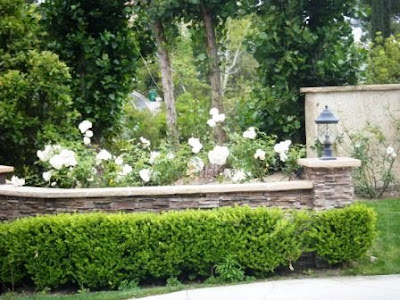 A group closely planted by a stairway. The white flowers pick up the white in the bricks. 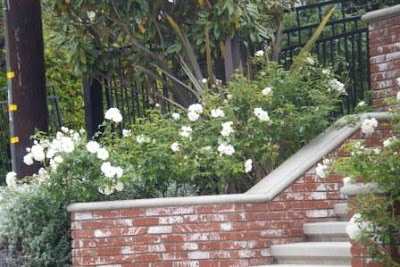 A group of three plants placed so closely together it appears to be a single plant. This wisely compensates for the sparse growth habit of the rose. 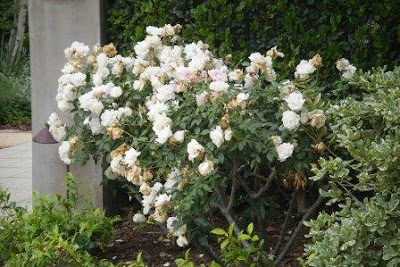 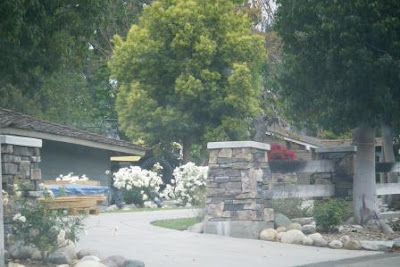 'Iceberg' is very effective as a pointer ("door is this way!")--the brilliant white draws the gaze. 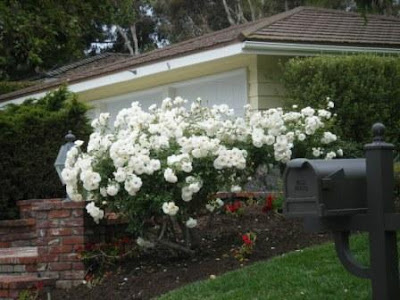 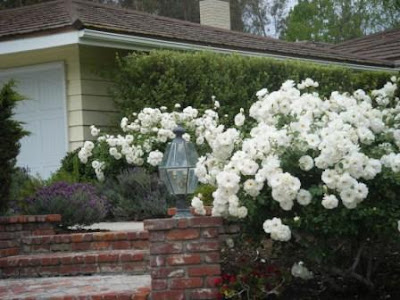 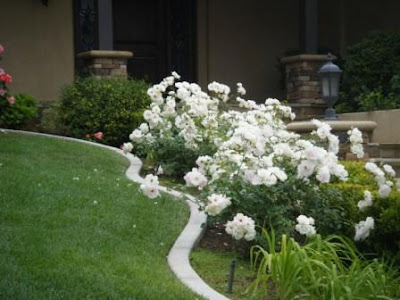 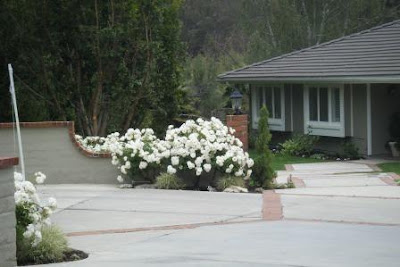 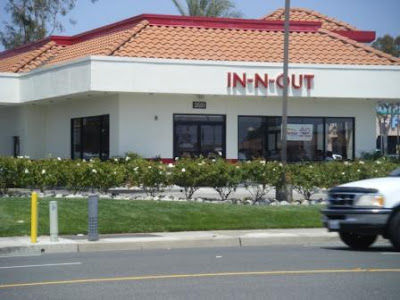 Drug store Icebergs! Far better massed in multiple rows than in a single row. Again, a single row reveals the flaws of the plant itself, while the massing reveals the virtues. I haven't yet found a group of Icebergs planted around an outhouse, but I'm keeping my eyes open. 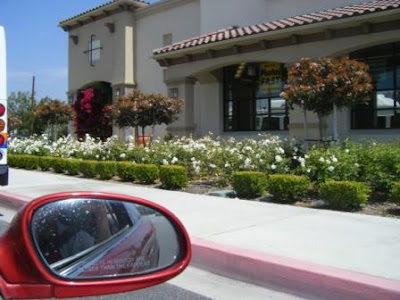 Here, some real impact, a mass of them along a small private drive, multiple plants in multiple closely planted rows, surrounded by green. Not quite at full flush, but you can see the potential. 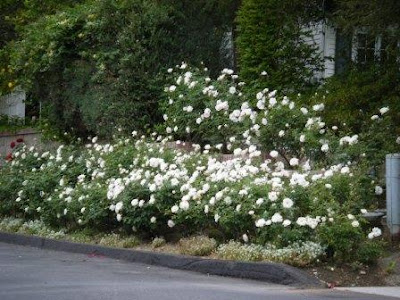 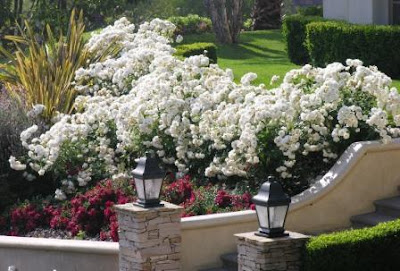 California is a place where many people have come to remake themselves into someone else. And where a German floribunda rose became something else--a landscape shrub. Overused? Yes, but a case where overuse is--okay.

The lesson is, plant them close, plant a lot of them, balance the bright white with the structure of hedges and walls and the rich simplicity of green. And then enjoy.
Iceberg roses