on August 19, 2009
Here, August is rainless. The torrents are comprised only of tomatoes. In this garden I can plant them in March or in May, but they never start producing until August. I speculate it's due to soil temperatures, which are at their warmest in August. 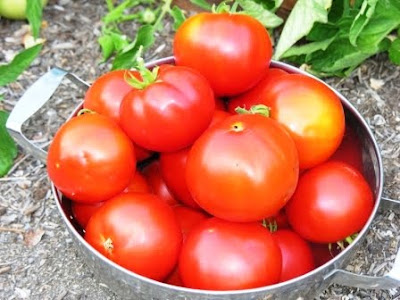 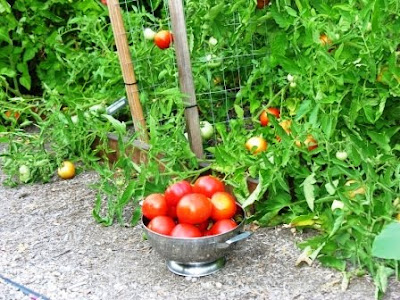 These made a sweet lucious sauce, even though they are not sauce tomatoes. 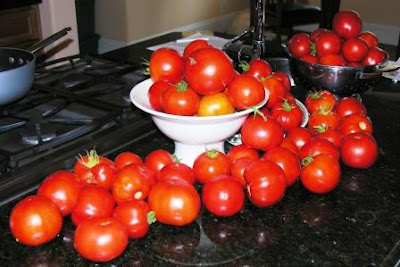 Here's the former upside-down hanging tomato. Though it has grown and is producing fruit and new flowers, it's still readjusting to living green side up again. Maybe the delay in growth and fruiting is not such a bad thing--it will extend the harvest. The green beans were finished up by mid-July. I waited a month before planting a second crop because we needed a break from eating green beans for dinner every single night. 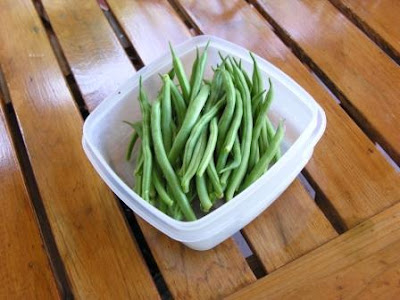 This year I planted the pie pumpkins for Thanksgiving on the first day of August. This is late, but last year the June-planted pumpkins were ripe in September, far too early for Thanksgiving. Plus I forgot. So we'll see how they do planted later. There is still plenty of hot weather ahead. 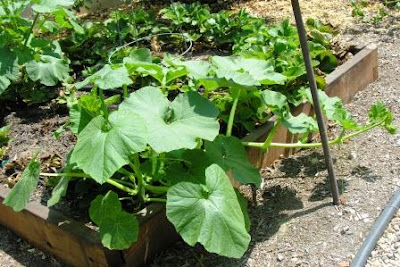 The other harvest of this August has been compost. 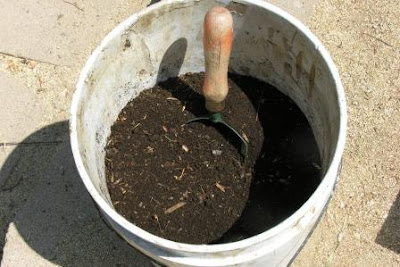 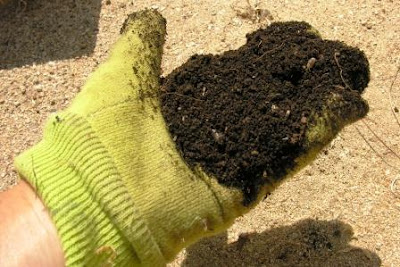 Not only have plants struggled due to the drought, but compost suffers as well since plant clippings and kitchen scraps become too crispy dry to decompose readily. Though I add leftover coffee and the water used to wash the kitchen floor along with plant material, I can't keep the pile moist. So the piles sits and wait for rain, a torrent of sweet rain, just as the plants do.
Tomatoes