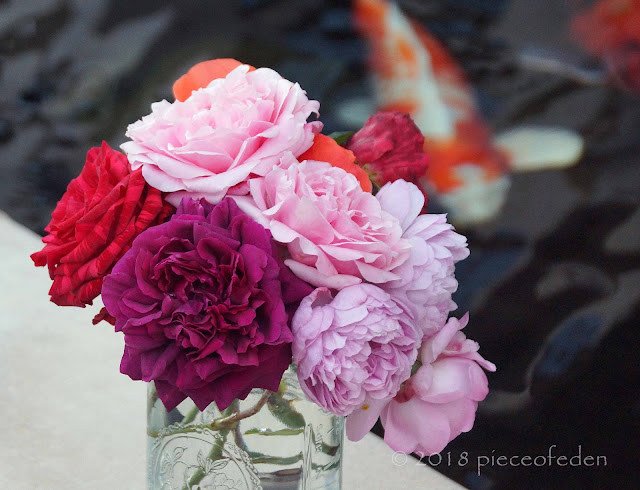 Last of 'The Prince', 'Charles Rennie Mackintosh',  'Belinda's Dream',  and 'Red Intuition' flowers for the next eight or nine weeks.  Because roses bloom almost continuously here in a mild dry winter,  pruning involves cutting off a lot of beautiful flowers that end up in various vases and jars. 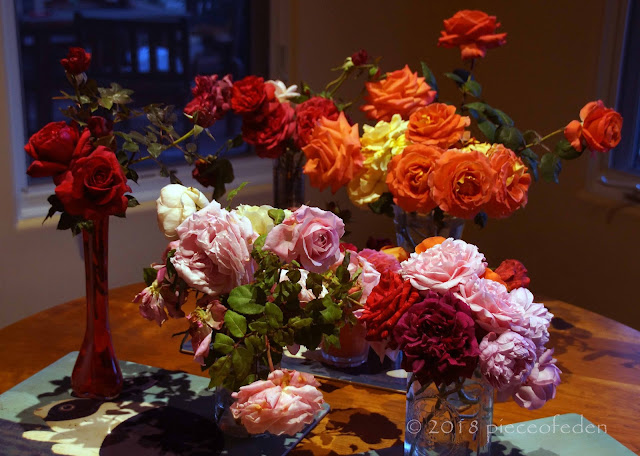 In the home stretch of pruning, finally.  Just a few more to go.  Then some raking, then the mulch.  A lot more gardening than garden blogging this month.  January is when it is cool enough to work out there all day long. 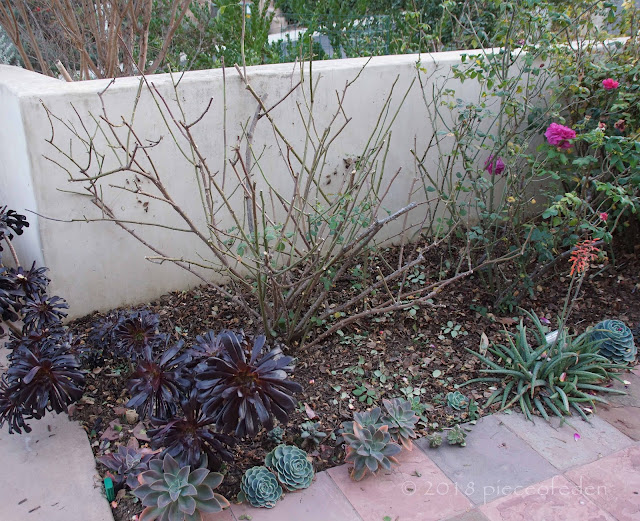 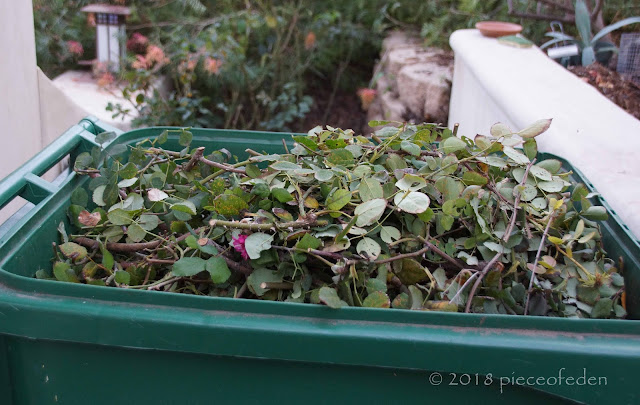 I need to move this 'Yves Piaget'.  The spot is perfect for small succulents where they can be examined closely, not so perfect for a rose.  Because this spot is a raised bed, it provides a clear view of the roses's bare lower canes.  Just exactly the part of a rose that is not attractive. 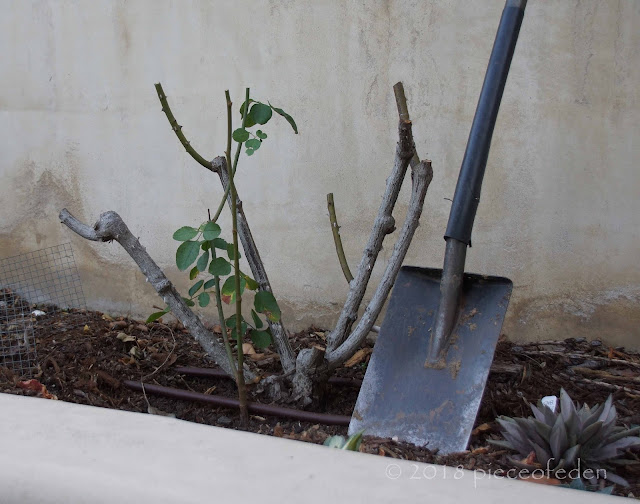 A little excitement:  the 'Penny's Pink' Hellebore is showing buds.  Yay!  I didn't kill it over the summer! 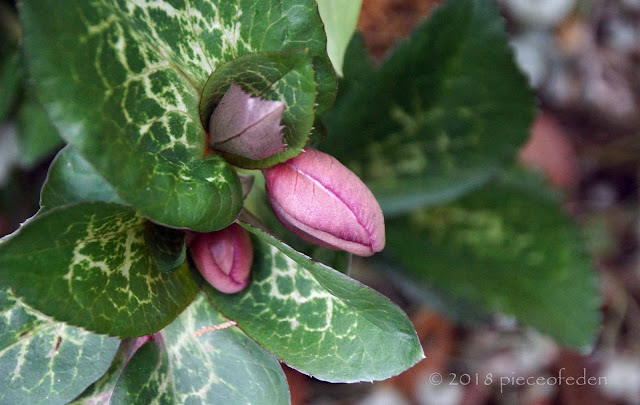 I thought this small succulent was a Crassula, but judging by the flower form, it must be a Kalanchoe, no? 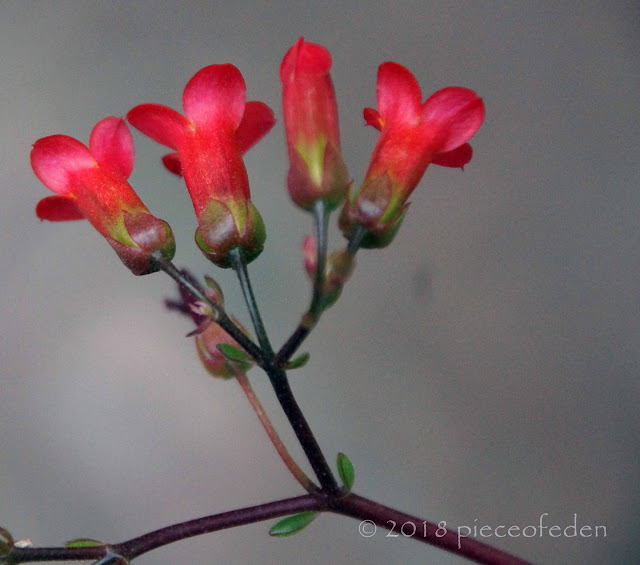 Further development of  current obsession:  'Tango' flowers.  Unlike Leucospermum 'Yellow Bird',  the filaments uncurl and end straight up.  'Yellow Bird' filaments remain curled in on themselves.  The foliage is different as well--'Tango' has narrow leaves, while 'Yellow Bird' has rounded ones. 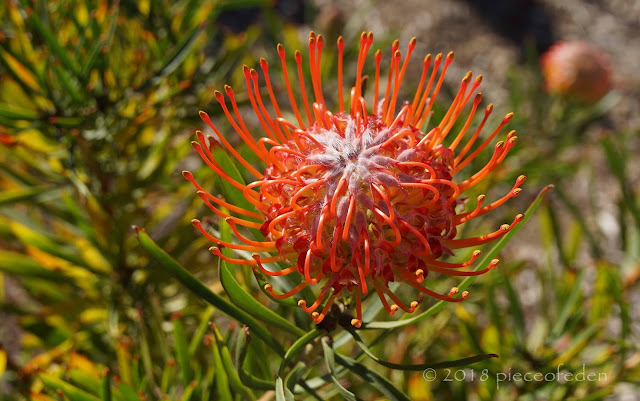 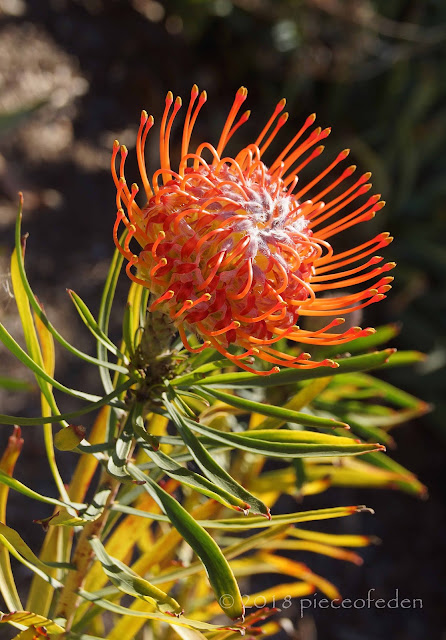 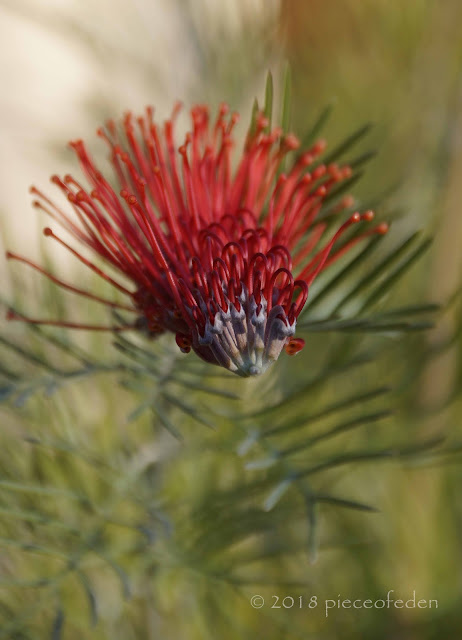 The garden produces a few lavender seedlings every year, descendants of the original L. stoechas planted in 2000.  I throw the dried brown seed heads here and there to help make it happen.  This seedling sprouted last spring at the edge of the street.  By the time a seedling starts to age and look ratty there is another seedling or two to replace it, so I pull the old one.  It's been a lovely thing. 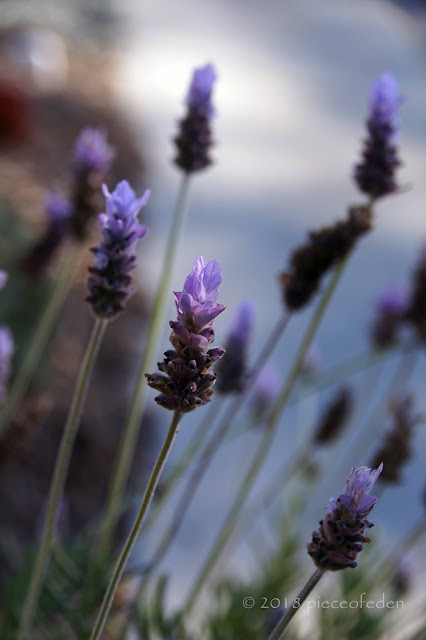 Now, back to pruning!
Just A Bunch Of Flowers Rose Pruning