"The Blob" VS "Omega Block"

As the storm approaches it looks stronger.  Atmospheric river time!

The worst of our five year drought came via the "Ridiculously Resistant Ridge", aka "The Blob", an area of powerful stationary high pressure over the northern Pacific that pushed all potential rain away from California.  This year we are suffering from enjoying a weather phenomenon known as the "Omega Block", an area of powerful stationary high pressure most often found in the eastern central Pacific.  It forms a storm path that resembles the Greek letter Omega, hence the name.  This year that high pressure moved to the central-central Pacific, and it is pushing one storm after another into California. 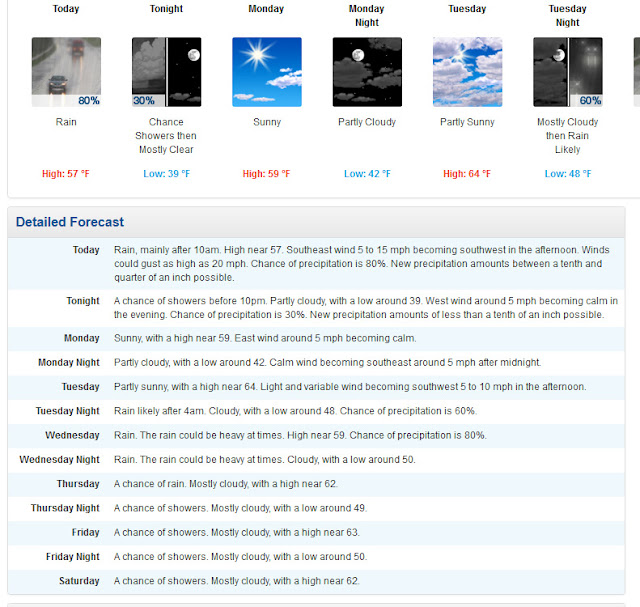 I'm not complaining.  Everything in the garden is so clean. 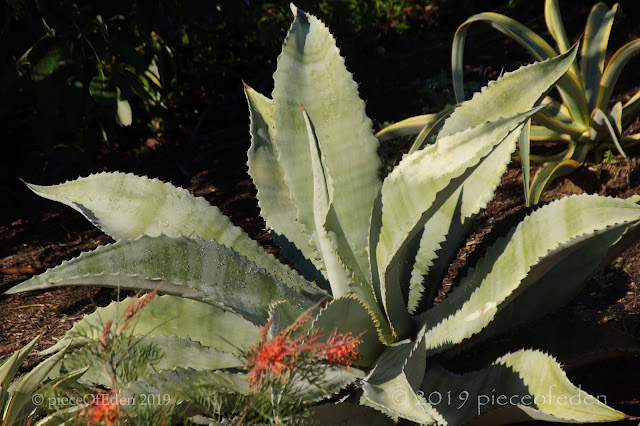 Even the hummingbirds are washed off and plumped up. 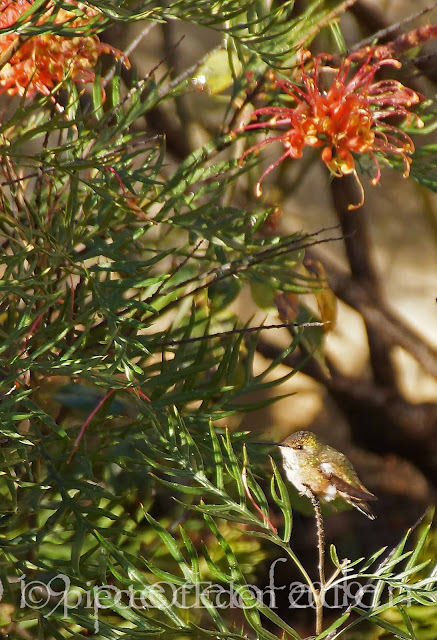 The foliage is a much richer color when not coated with dust and air pollution. 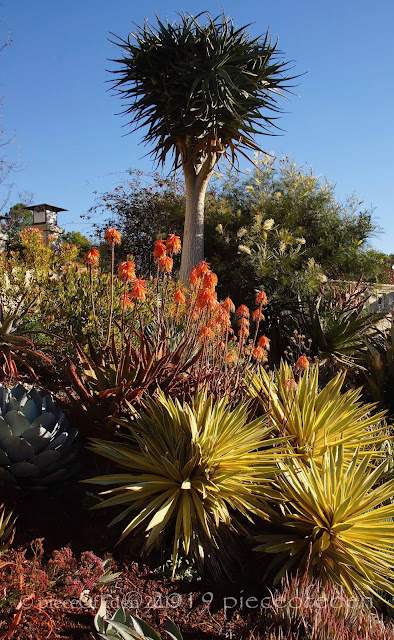 The lonely-guy Mockingbird that attacks the reflection of himself in car windows looks for a car window to attack on this glorious crisp morning. 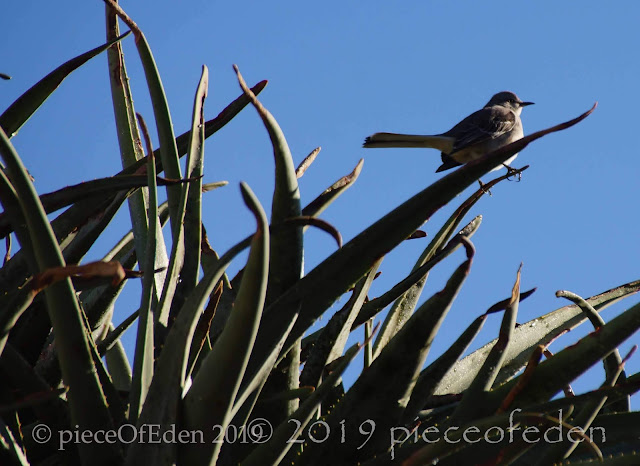 I didn't get a good shot of this hummer in the 'Joe Hoak' Agave flowers, but he's plumped up by so much easily available nectar.  He actually had a big pot-belly.  He was as round as a beer barrel. 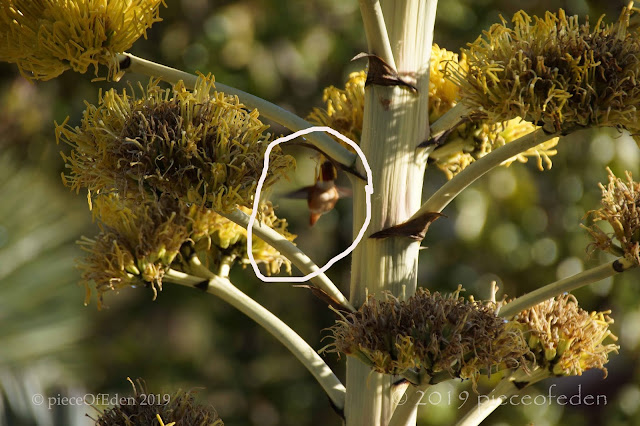 This morning the world seems as fresh as a daisy.  A clean daisy. 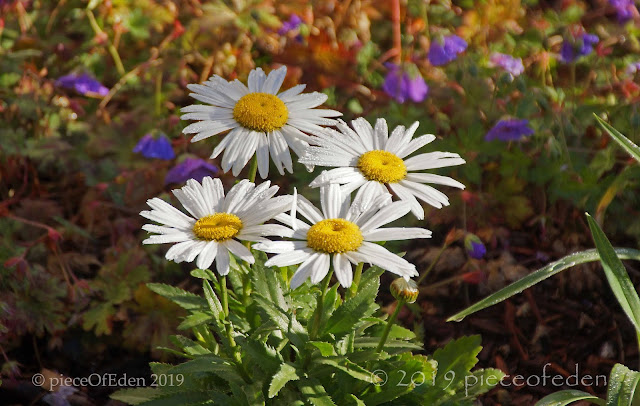 Let's Get Irrationally Happy About Rain!