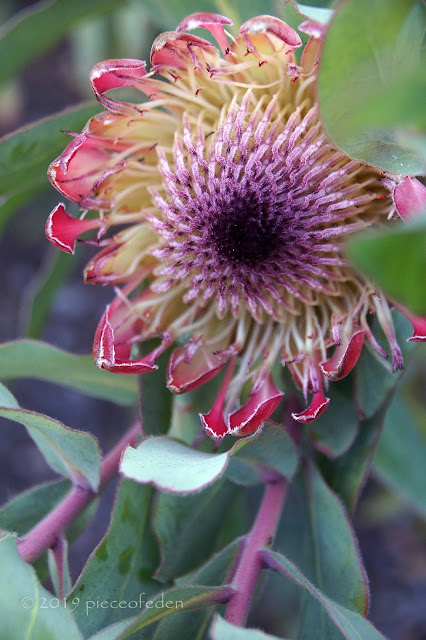 First flower from Protea 'Brenda'.
This August has been a joyful surprise:  relatively mild.  Last August was horrible:  hot, hot, hot, the garden's plants struggling to survive, the gardener in a terrible mood, wondering if it was time to quit gardening.

This August, roses not ruined! 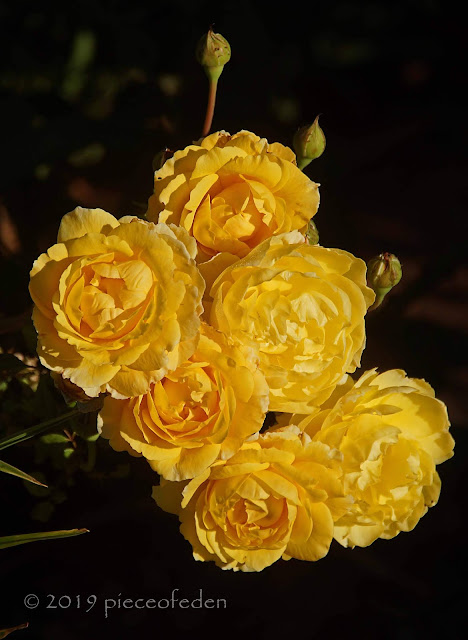 Clematis, not scorched, and re-blooming. 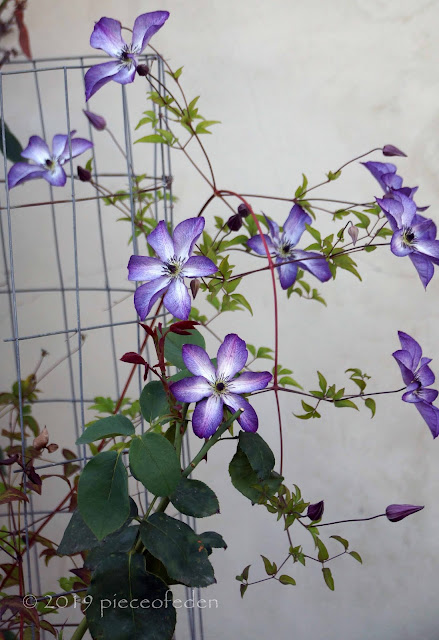 Orlaya continuing to grow and flower. 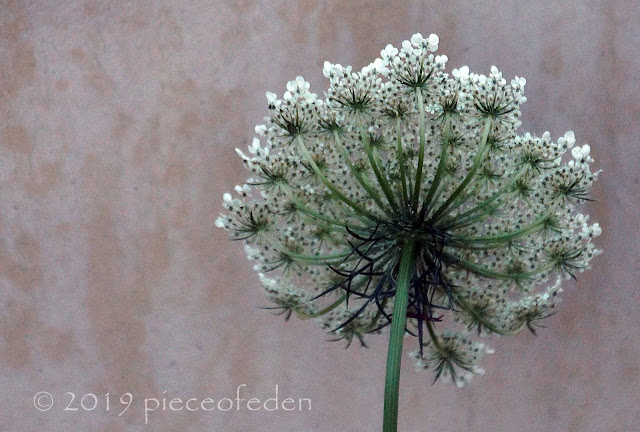 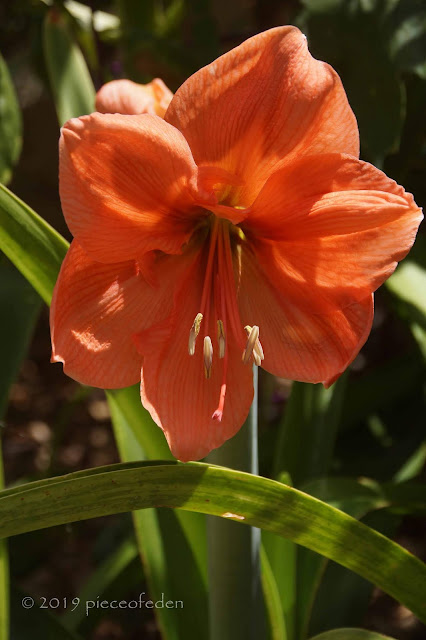 Proof:  Dahlia blooming above it. 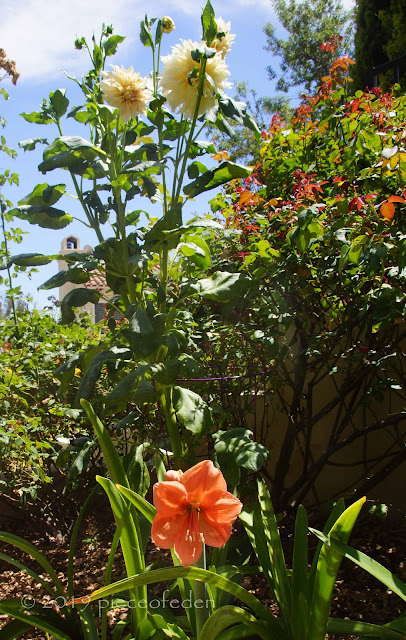 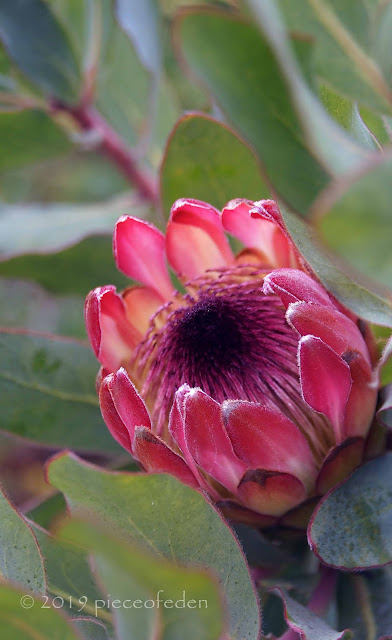 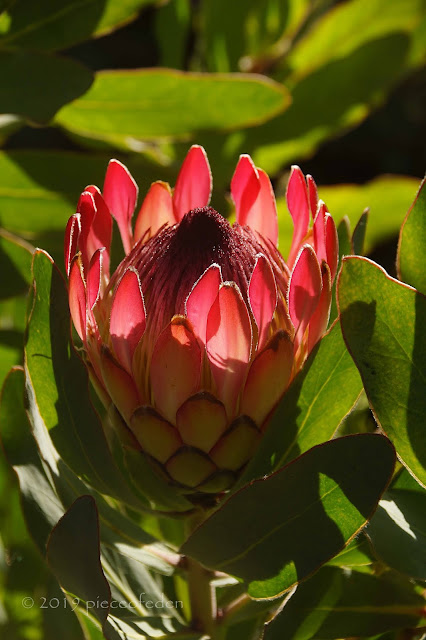 Backlit at certain times of the day, the leaves are a striking sight all by themselves. 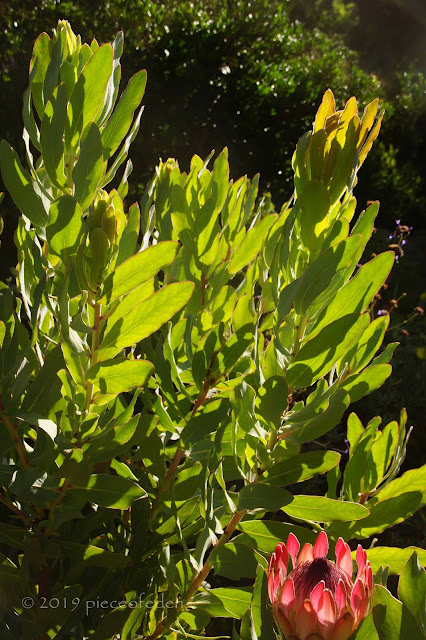 August weather cool enough to garden during.  Planting, in August!

New impulse buy Melaleuca lateritia, a tough, small shrub of airy and dainty appearance from Western Australia.  At the garden center it was mobbed by Bombus sonorus.  A summer bloomer, it will be there for them after the flowers finish on nearby Myrtus communis. 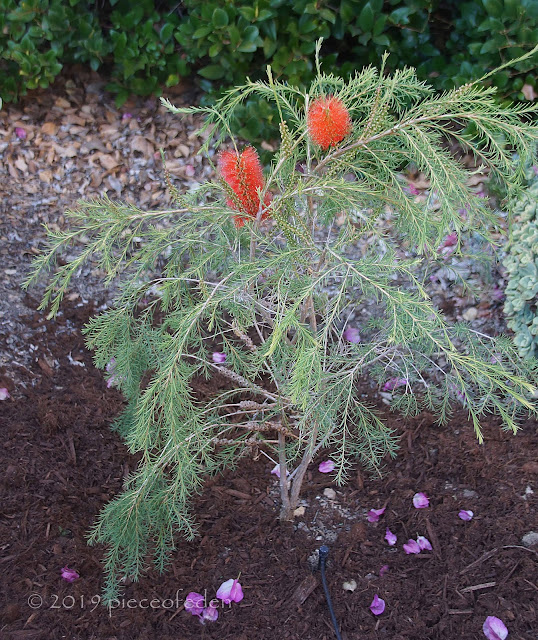 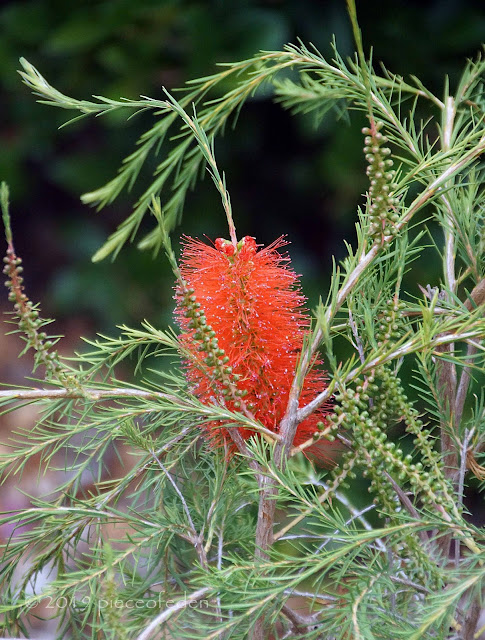 New impulse buy Table Grape 'Suffolk Red', supposedly vigorous and productive.  This spot has been problematic for years.  A dwarf Tagetes lemonii planted there last year, died quickly.  The Stephanotis shriveled down to a few scorched leaves.  Moved down to the pergola it is thriving.  An 'Iceberg' rose before the Stephanotis also declined to a toasty brown near-nothing.  Relocated down in one of the gully terraces, 'Iceberg' has mostly recovered.

So, time to try again.  A grape will be a great lesson in patiently pruning something to go on the structure, if nothing else.
Planted a week ago, and still alive: 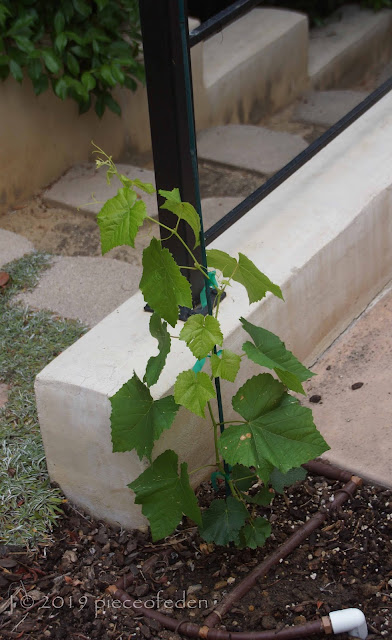 Walking around the garden in August without cringing or fainting in the heat.  Enjoying the new-this-year, big-box Canna to a ridiculous degree.  Who'd have thought? 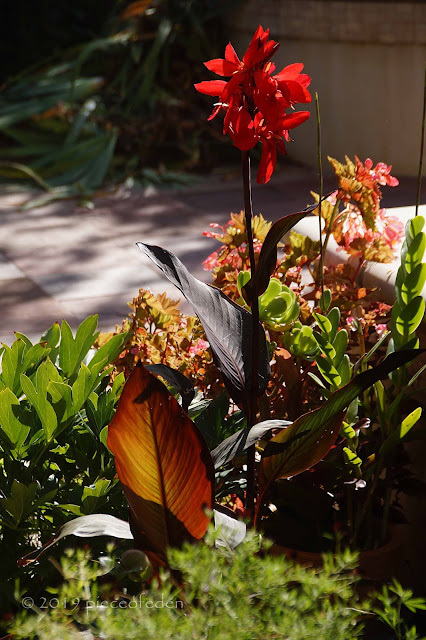 The late Spring impulse buy 'Day of the Dead' Tagetes flowers have appeared.  Not bleached, toasted, scorched, or shriveled. 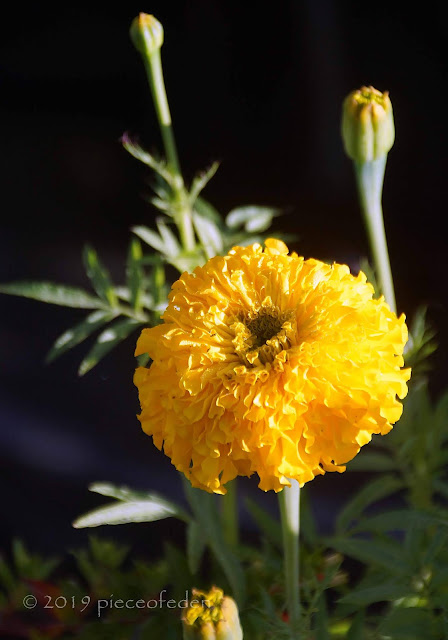 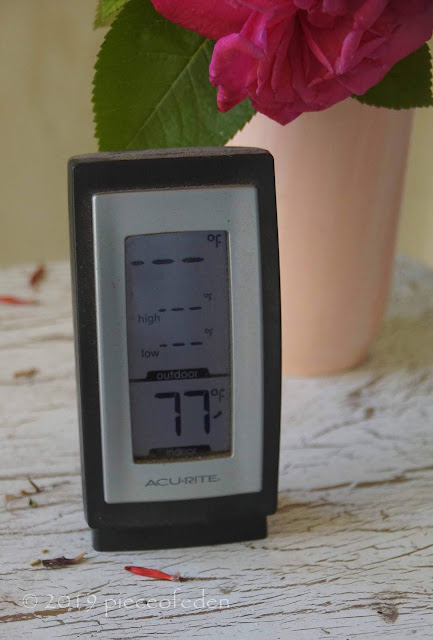 ...I actually sat down under the pergola for a little while, listening to the birds, relishing a cool late afternoon breeze pushing in from the Pacific. 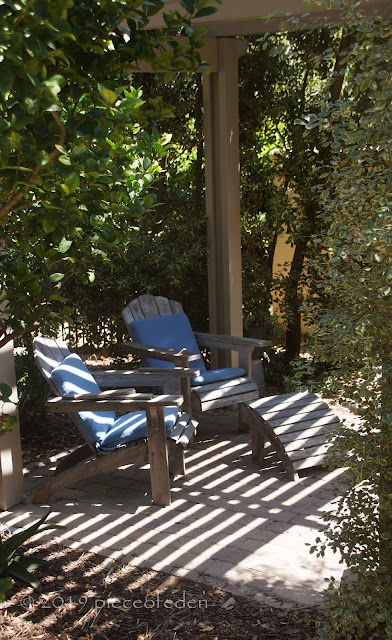 Sitting down, enjoying the garden, in August!  Surprise. 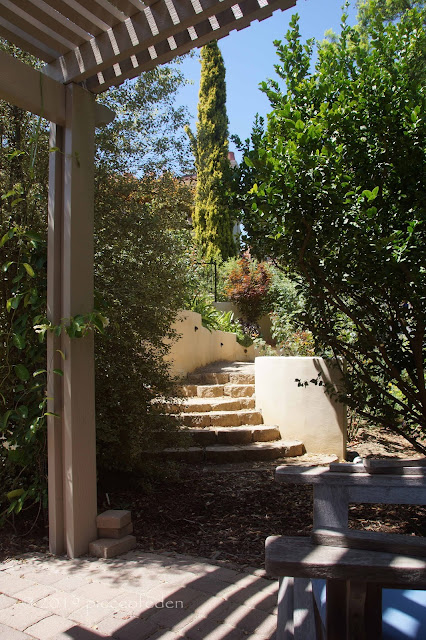