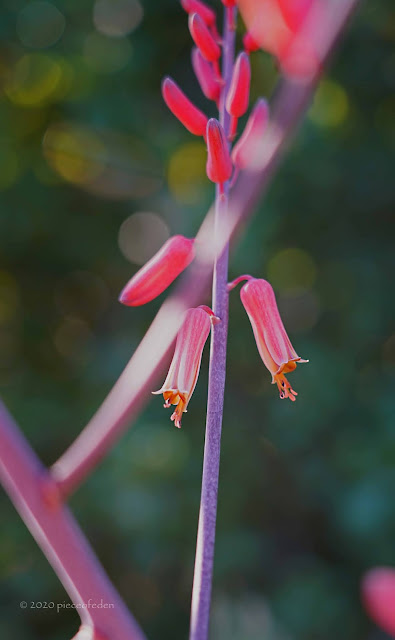 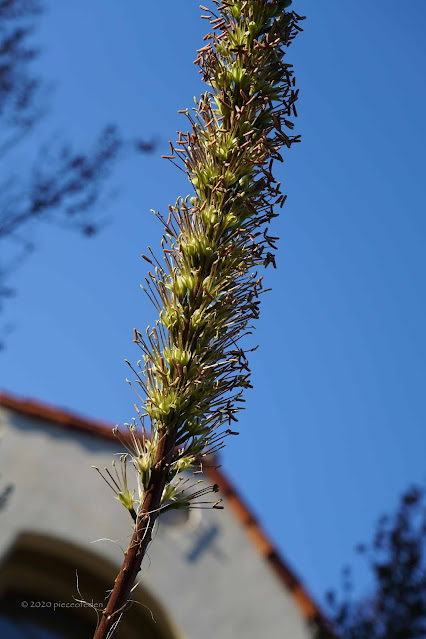 Aloe tweediae is not commonly grown.  It is solitary, grows to nearly a meter wide, and is all and all pretty good. Leucospermum 'Yellow Bird' was engulfing the Aloe--I trimmed the Bird's wings to keep the Aloe happy. 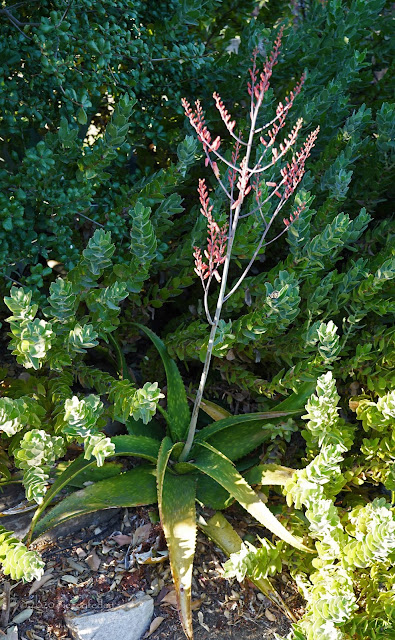 One of the South African Ericas.  I moved it in the heat of summer, and it was fine.  Just fine. 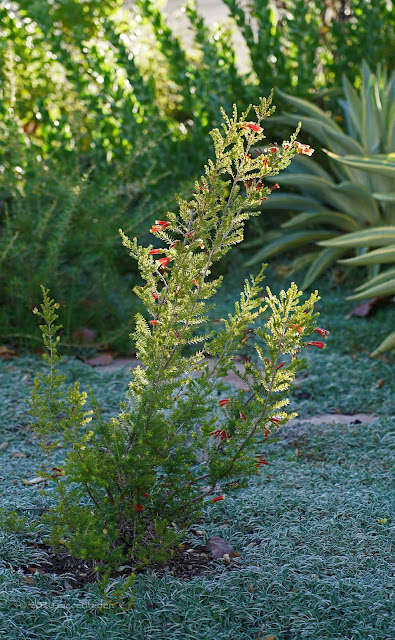 Hydrangea 'Mini Penny' again.  Not yet cold enough for leaf-dropping. 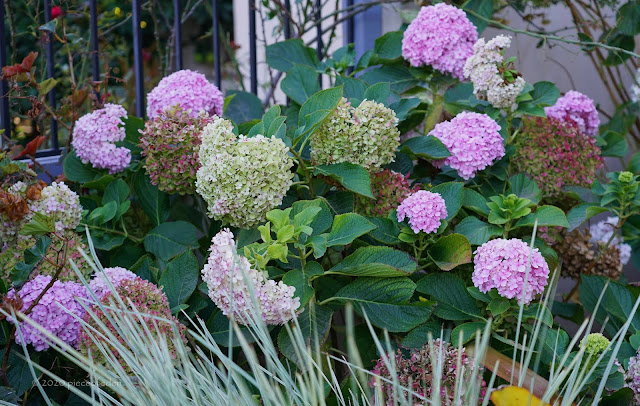 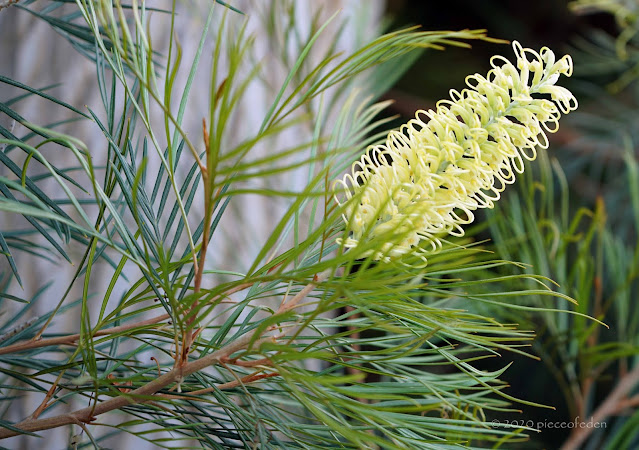 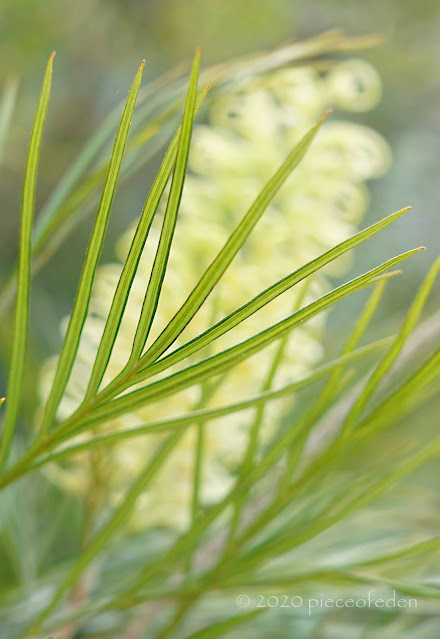 A late Clematis or two 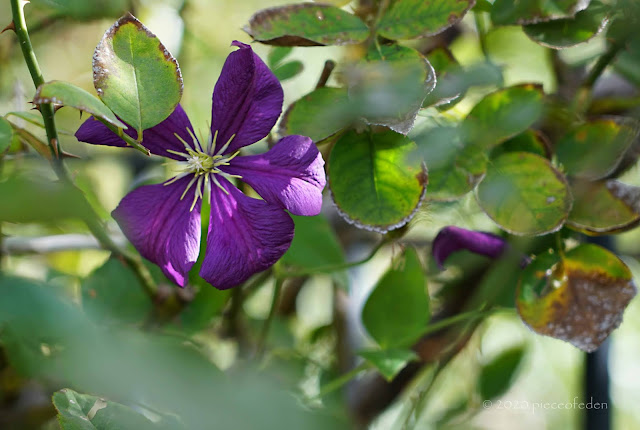 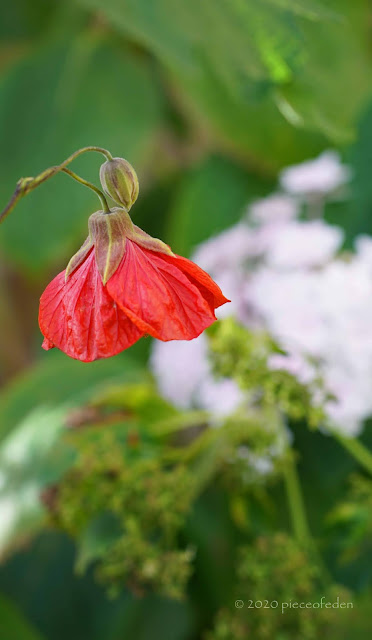 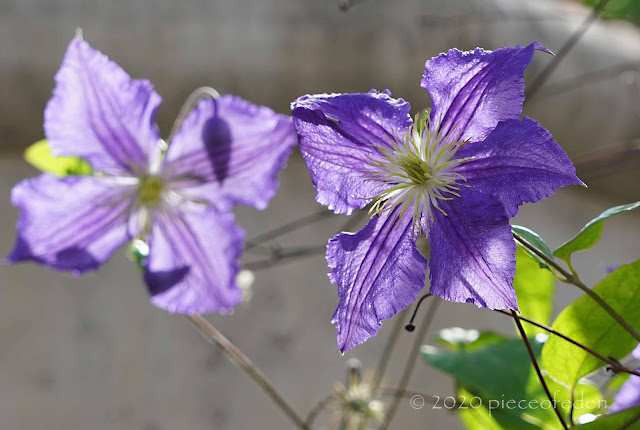 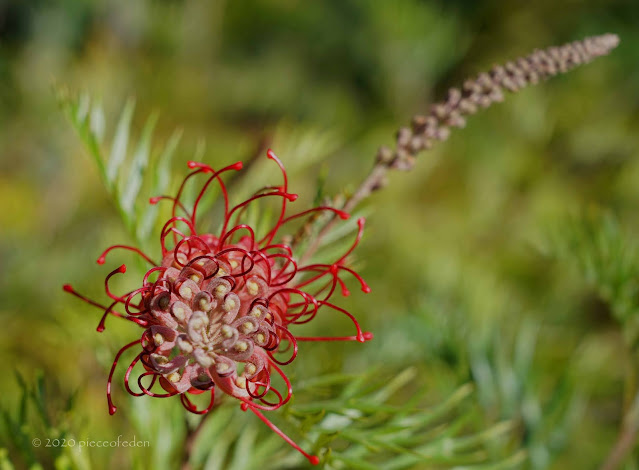 Fall round of flowers from Callistemon 'Slim' 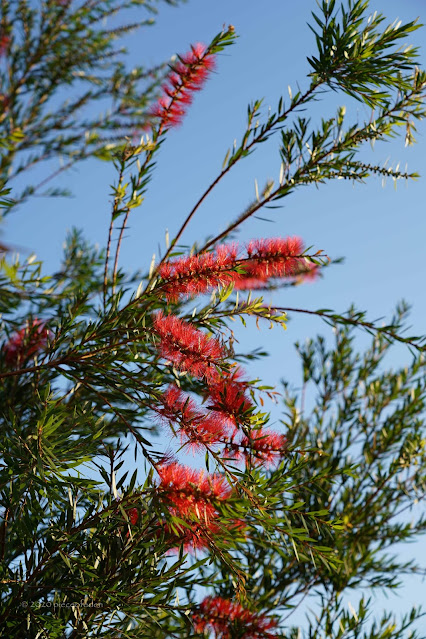 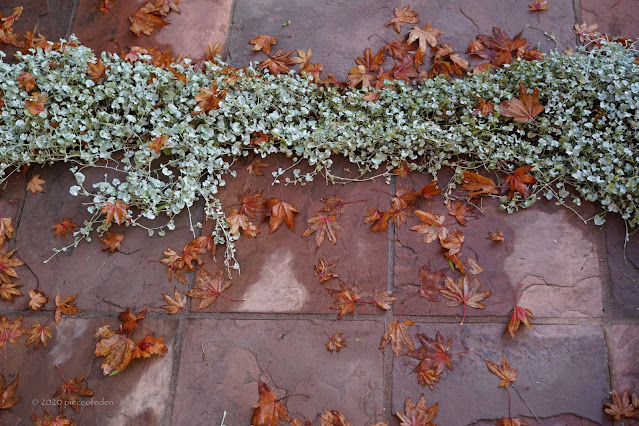 The other Callistemon in the garden, 'Little John' 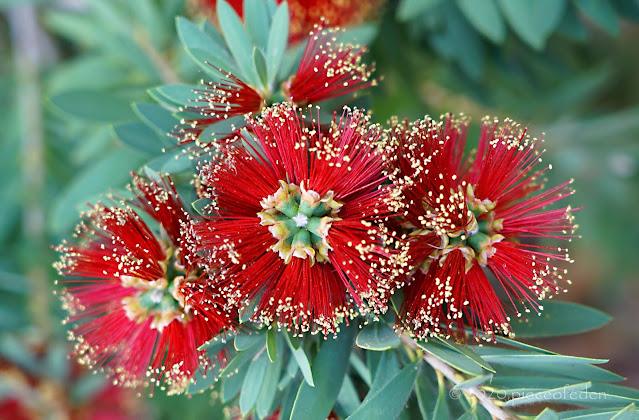 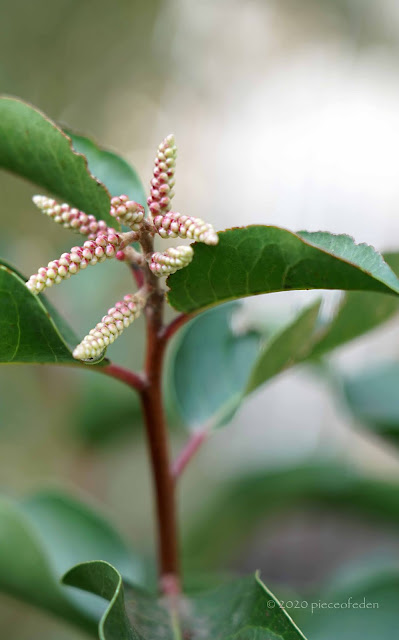 Seems like Gasteria acinacifolia flowered just a few months ago.  Here it is again: 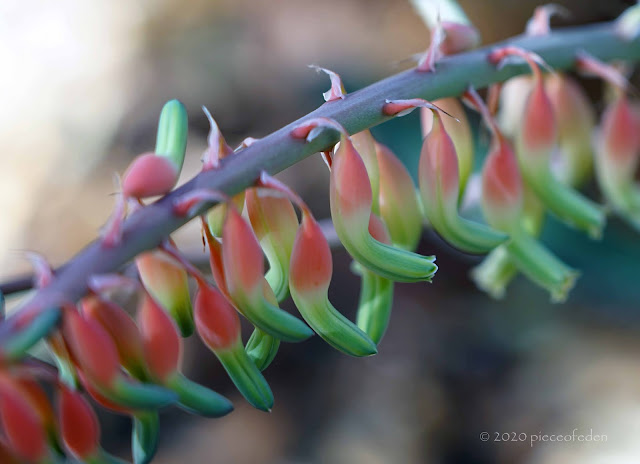 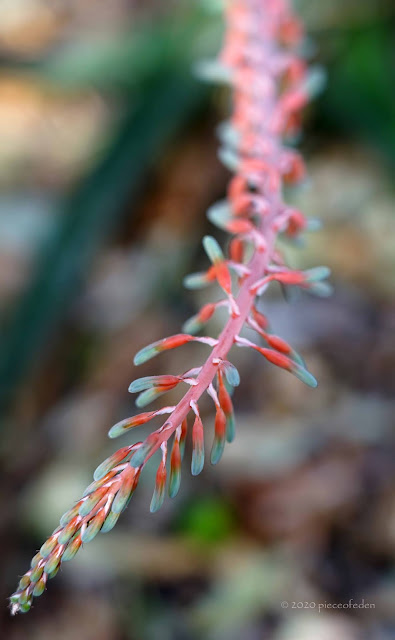 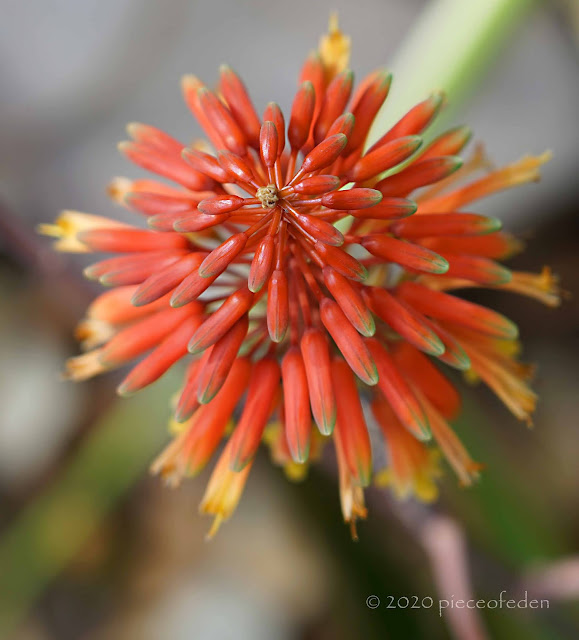 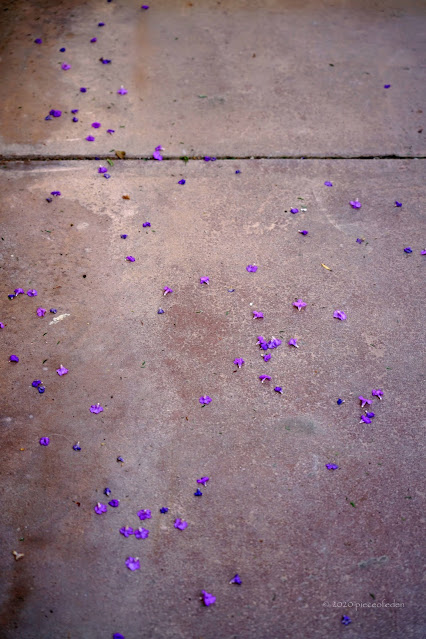 The Hunnemannias are pretty much done for the year. 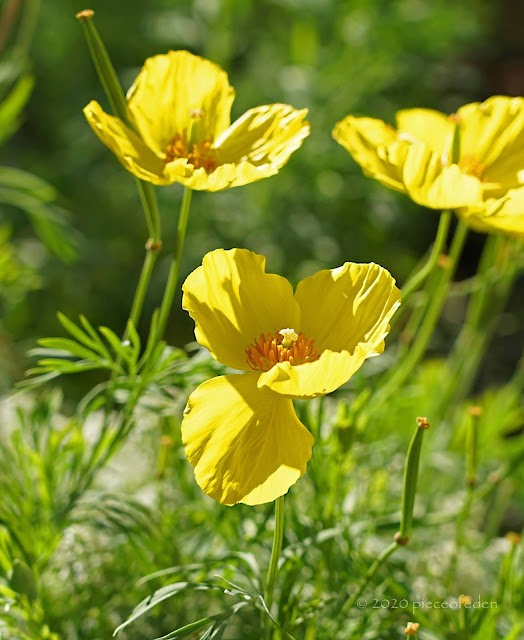 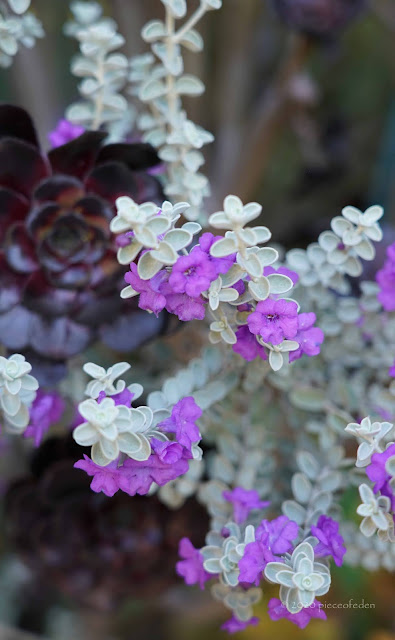 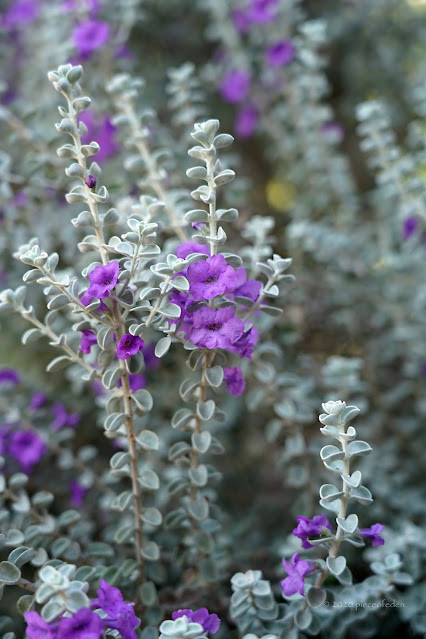 And at last, Crassula capitella 'Campfire'. 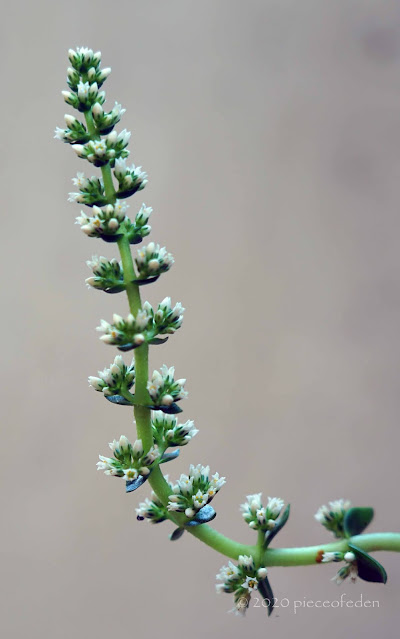 November is not so bad.