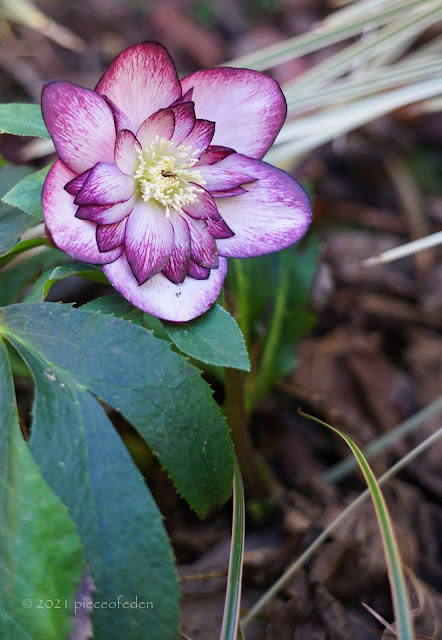 Above, Hellebore 'Peppermint Ice'.  One thing about this blog "theme" is that a skinny photo makes the home page entry look better.  Tricky to get one right. 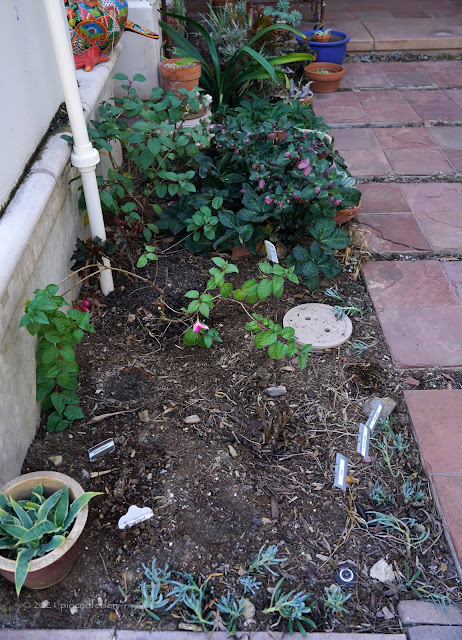 The planting bed on the north side of the pond has always been a tricky area--it's narrow--with the near end hit by quite a lot of sun during the longest days of summer.  Otherwise, quite shaded by the house on its west--the far end narrower still, and completely shaded year round.

For years the area served as a place of refuge from the sun for a mishmash of potted plants--both Agaves and orchids--and Clivias and cane begonias.  Mostly it was an area to be passed with eyes averted, especially averted from the supply pipe for the pond.  Fuchsias have not performed well there.  Begonias did okay.  Clivias, the ignorable, all-too-common, completely effortless, usually free shade plant of choice for Southern California, did very well at the shaded end.  But Clivias are all too familiar.  I wanted something more exotic.  As Hellebores began to arrive in the garden, it's proved to be a great place for them.  The pot mishmash should go elsewhere, and their plants into the ground.  The Clivias are almost all relocated to the gully.  Hellebores, you must understand are not overly common in Southern California.

Last January, when constructing and installing a piece of wire fencing to act as a Nasturtium trellis to hide the supply pipe for the pond, I fell and broke my arm.  That trellis proved 100% unsuccessful in all respects--for the arm, for the Nasturtiums, and for the hiding of the pipe.  More than a year later, the bed is coming together, thanks to Hellebores.  They seemed to make the decision for me. 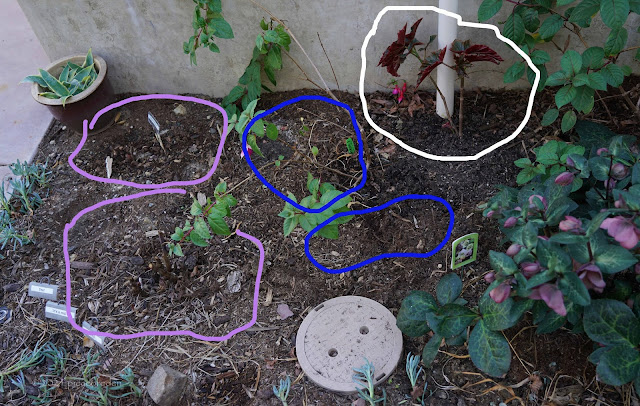 Circled in lavender are two currently dormant Itoh peonies.  This year's leaves will emerge very soon.  The blue circles are places for two Hellebores ('Peppermint Ice' is one) to be moved from elsewhere.  I'm waiting a bit on that--the Fuchsia needs to be moved, but it would be good to root a couple of pieces of it first, in case the move kills the original  The white circle indicates an 'Irene Nuss' Begonia that I hope will be successful in hiding the supply pipe.  Time will tell.  At least I did not break my arm planting it there.

Moving down the bed,  the new 'Glendas Gloss' Hellebore circled in blue.  We shall see if the Fuchsia next to the wall can stay or if it needs to go. 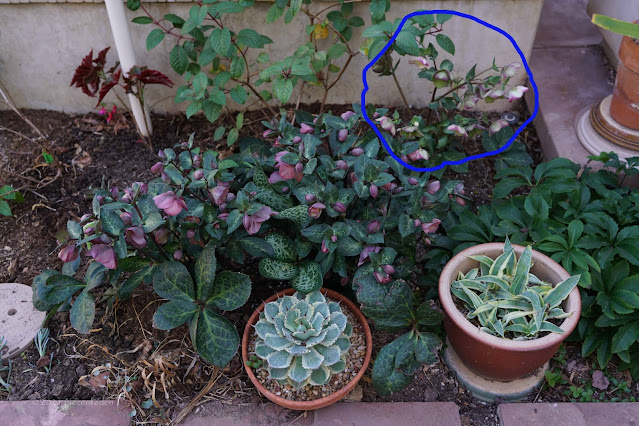 Far end of the bed, blue arrow indicates the last Clivia to move.  It's flower stem is just appearing, so the move will occur after the flowering is complete.  White arrow indicates a pretty little Fern I got a couple of years ago at Trader Joe's.  It did fairly well outdoors.  It may do very well in this shaded location.  It is still in its pot, for now. 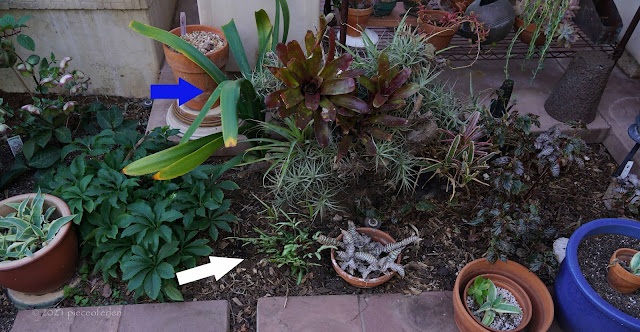 On the other side of the walk way, the rework of the Acer's 'Oshio Bene' bed continues. 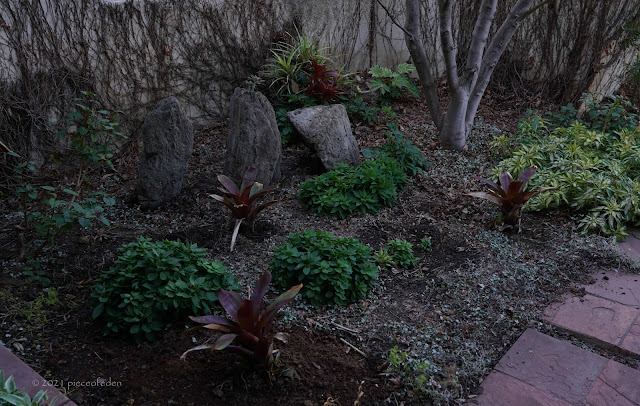 The Hydrangea is moved out, as is the Itoh peony.  The peony was suffering (as digging it up showed) due to root competition from the Acer.  Moving the peony was worrisome but it came out easily once the tree roots were pulled away.  The peony also proved to be in two completely separate pieces.  Replanted elsewhere--they have buds swelling, so while they may be slowed down for a year or two, they  survived the move.  Fatsia 'Spider's Web' planted in the far corner. Gangly Abutilon removed.  Hakone grass in, taking a bit of the Hydrangea's former place.  Two more rocks added, because one was not enough.  (The rocks need better arranging.)  Spaces still open for more Hellebores, or for small, well-behaved Alstroemerias, like the four already there.  The trio of Alcantarea imperialis needs a little better placement.  They can grow quite large and will be a wonderful feature--if they prove to be happy there.

Out front a bed in much different conditions: full, all day sun, dry soil, and ferocious heat, both reflected and direct.   I hate hate hate Lantana in the winter.  It springs back beautifully as the weather warms, but enduring it when it is shut down by relatively cold nights (around 50F) is painful.  I decided to pull the two in this area.  They didn't look that good in summer, either. 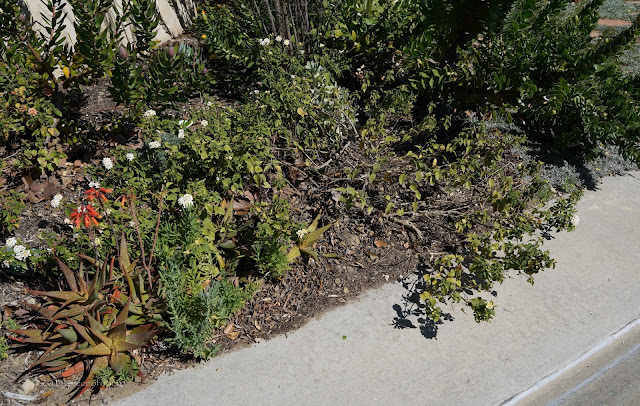 I also pulled and dumped the 'Rooikappie' Aloes and some half-alive Gazanias.  Several small volunteer Lavender seedlings that came out tangled with the Aloes I replanted elsewhere.  They are good plants, and free is a great price.

Now what?  At least it's cleaned up.  This is a tough area because it is so hot and dry.  The impulse-buy Leucadendron 'Safari Sunset' needs a place...maybe where the 'Silver Anouk' lavender is now?  The irrigation will need to be bumped up for the Leucadendron, but it would work, as there are four Leucadendrons just to the right, out of the photo.  Some beds nearly completed, now, this is a new one to work on.

If you are still here after that slog, how about ending with some eye candy? 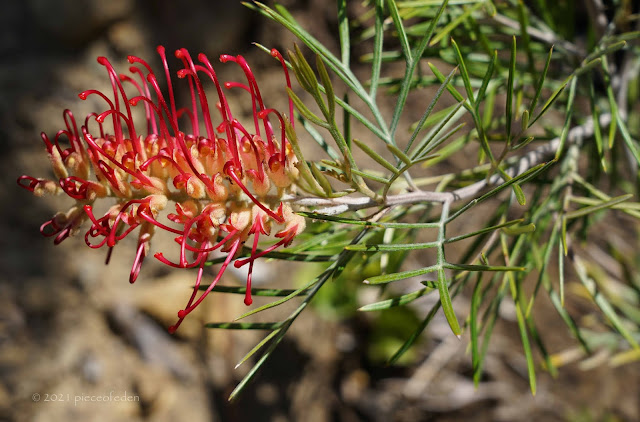 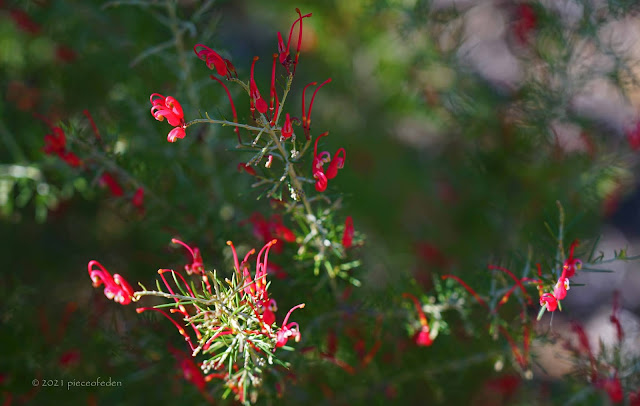 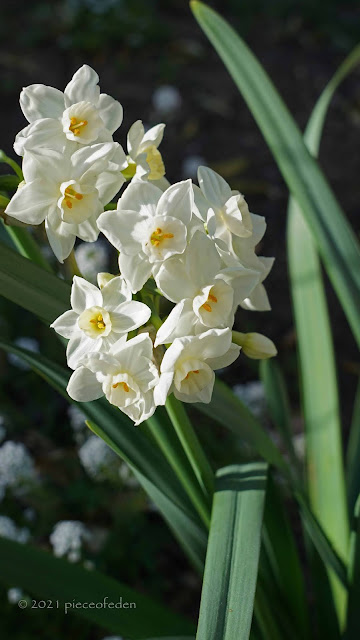 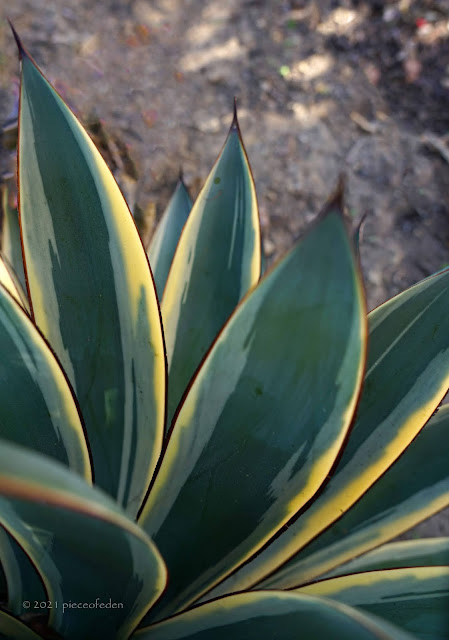 The very first "dutch" iris of the year. 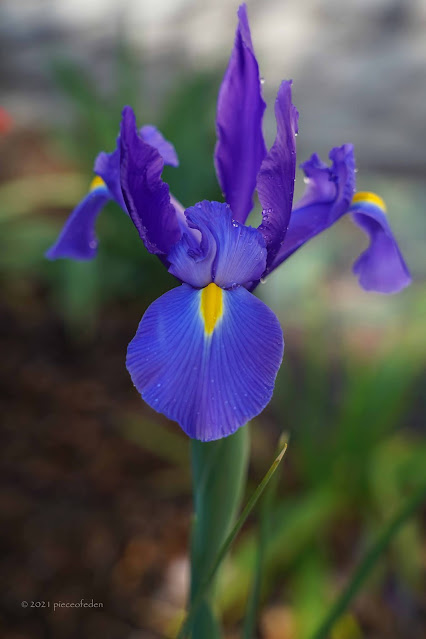 One of the first Freesias 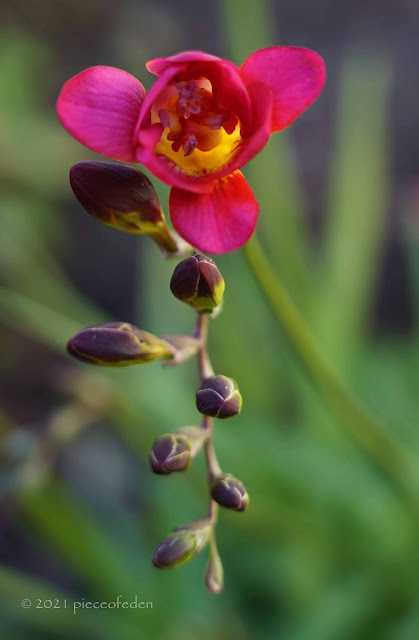 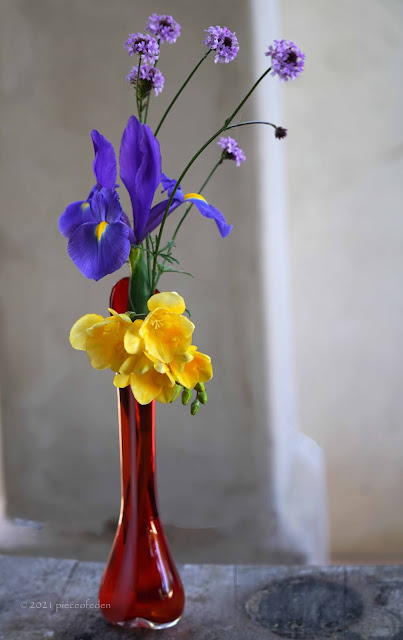 And the very first Freesia of the year, supported by a Graptoveria 'Fred I'ves' flower stem.  One flower helping another. 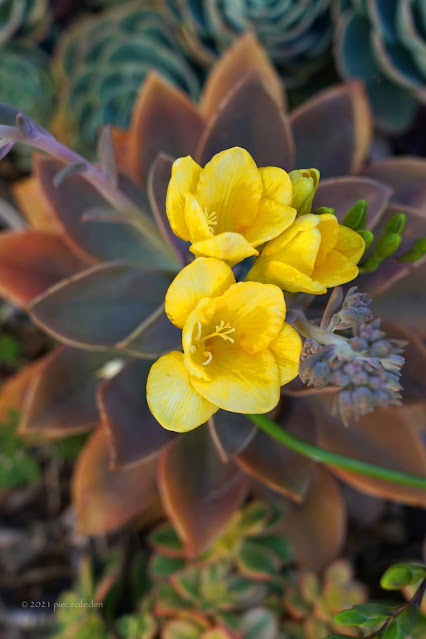 Hope your weekend is going well.
California Living Just A Bunch Of Flowers