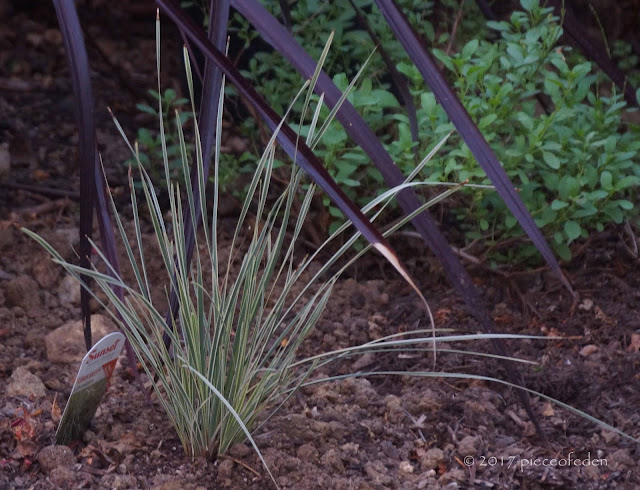 I've enjoyed Lomandra 'Platinum Beauty' since planting it.  No care has been required.  Just as the name claims, beautiful.  Graceful in summer's heat and in winter's short, shadowy days.  Breezes like to tickle it.  The sun makes it shimmer. 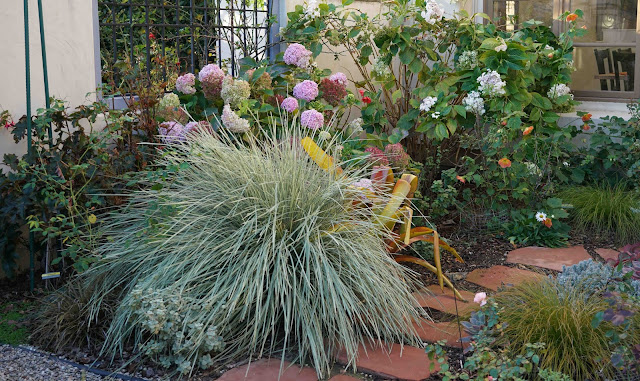 Over time, only one problem emerged:  where I planted it.  It grew bigger than expected.  The tag said 28-36" tall and wide.  The tag underestimated.

As the path became blocked, a small, soft voice in the back of my mind started whispering.  "Something must be done..."  My first and strongest impulse is to ignore that voice, because it usually involves work or failure or both.  Ignoring the voice was easily accomplished by admiring the grace of the Lomandra, the sparkle and movement it created.  I ignored until I got tired of going the long way round instead of taking the blocked path.  Time to listen to that small, soft voice. 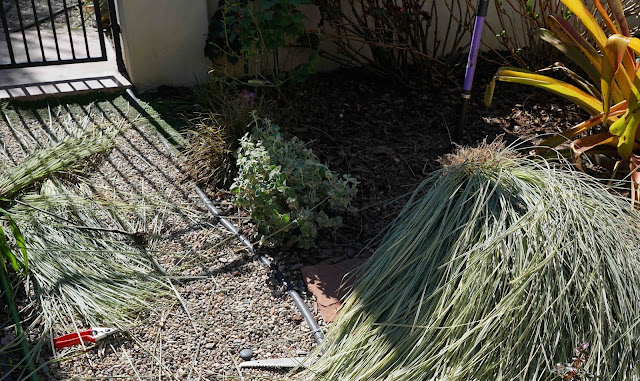 Initially, removing a section of it was the plan.  Straight down one side, the side encroaching into the path, shove a sharpened shovel.  Remove the separated section.  Plant the section in another place.

Another place:  in the gully, where morning sun would back light the platinum leaves: 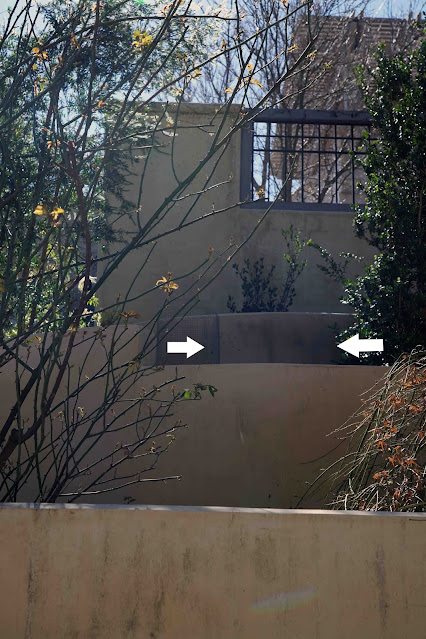 If only it had been that easy.  Removing a section proved unworkable.  The growth was so thick, so tight, the plant fibers so tough, shovel would not shove.  The entire plant needed to be dug up and split some other way.  Digging presented a big surprise:  the heavy, slippery mass of foliage was anchored by a ridiculously small, shallow root system. 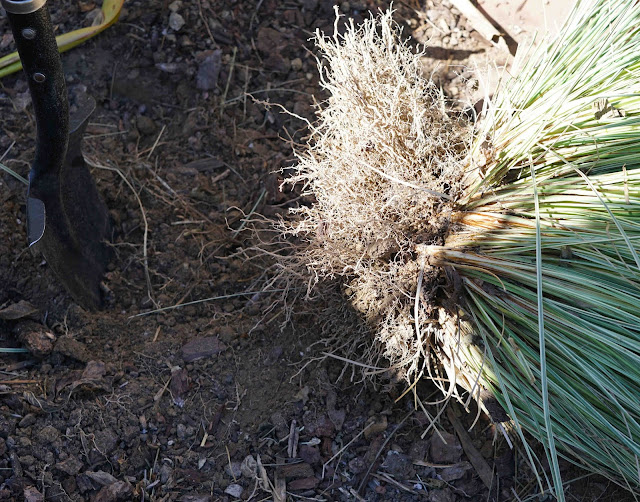 I dug further into the soil.  Was most of the root system still in the ground?  Nope.  Got it all. 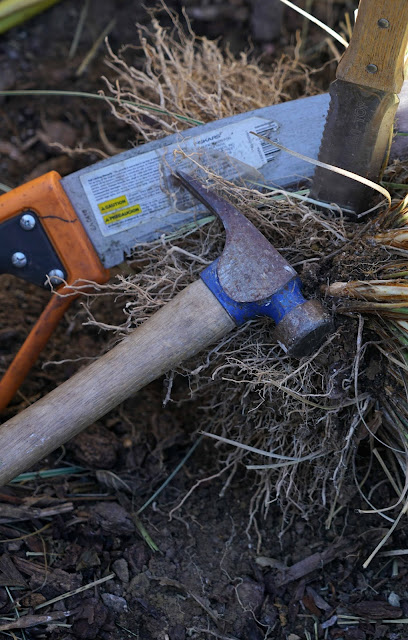 There we go.  Success! 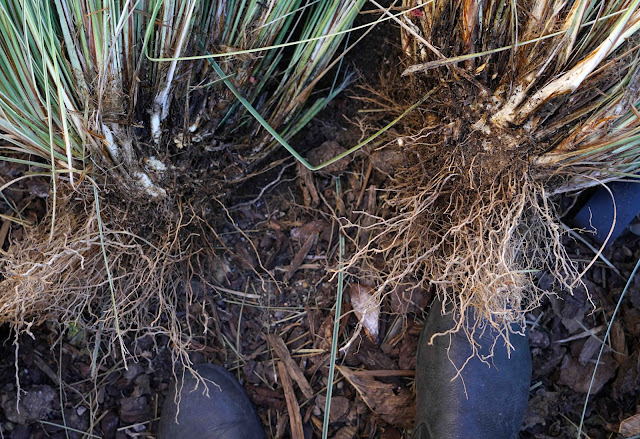 The larger of the two pieces I planted in the gully. 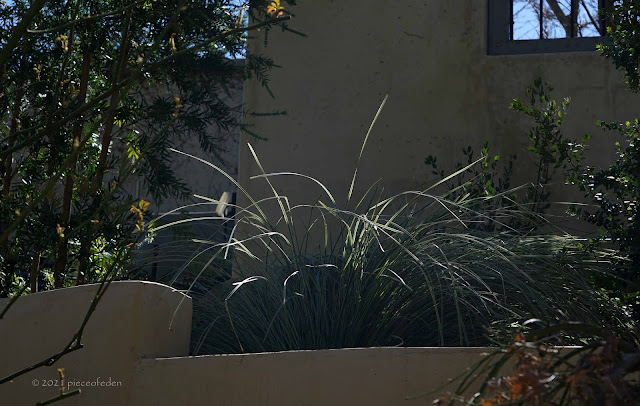 The smaller of the two, back in the same place.  The small soft voice in the back of my mind once again whispered, "Don't."  This time, I listened.

I pulled out the piece replanted in the original spot, pulled off two small sections with roots attached (which was finally easy, thanks to the split), and planted them temporarily, just to get them going. 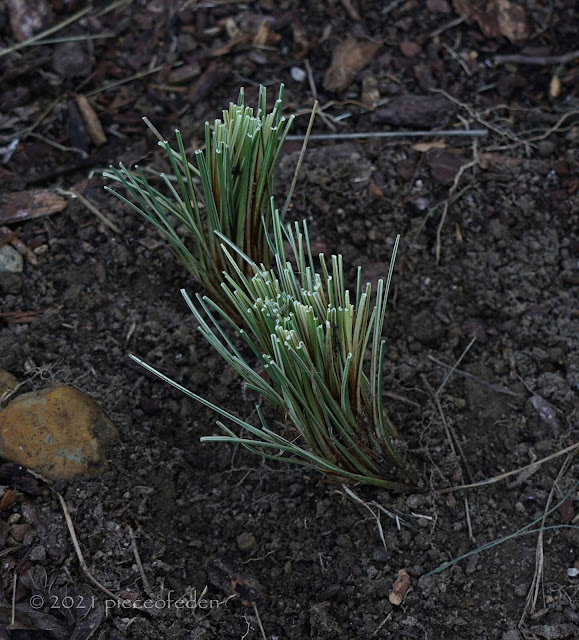 Why is it wisdom speaks not in a shout, but in a whisper?  Note to self:  attend to the whispers.

Of course an option the soft whisper failed to mention was to simply leave the plant where it was and cut it down to a few inches tall.   Or maybe it did, but, of course, I didn't listen.  Lomandra apparently recover quickly from a chop.  At least I learned more this way.

Now to some early morning photos.  Spring is coming. The garden awakens.  Most everything is growing again. 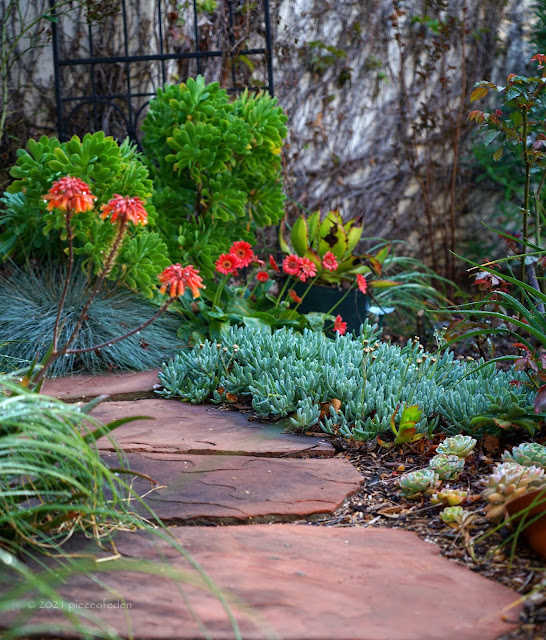 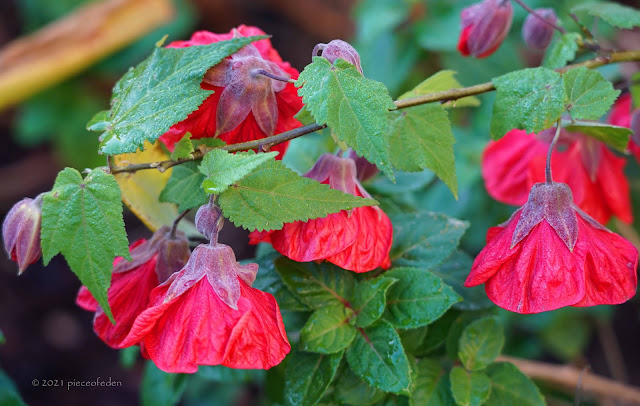 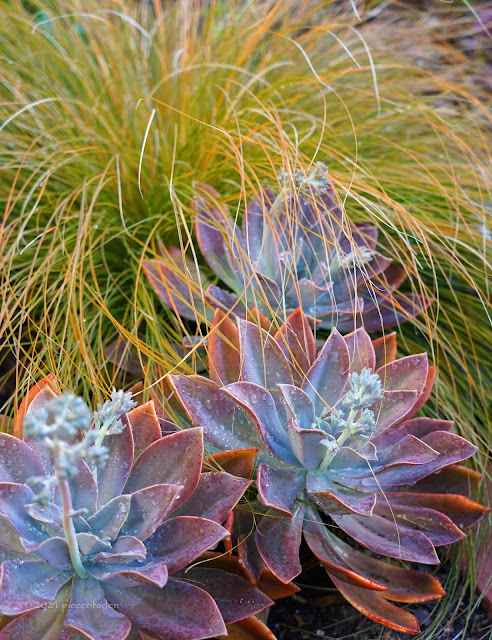 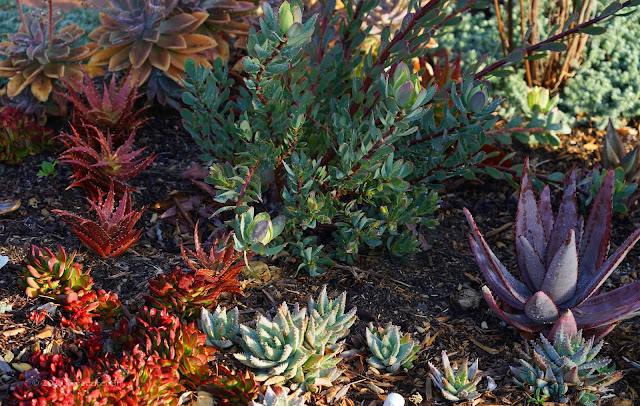 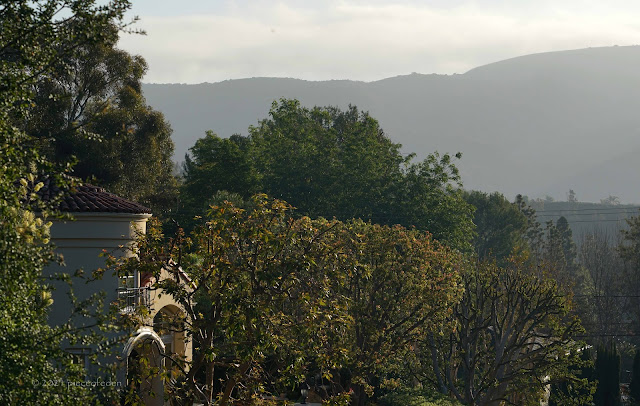 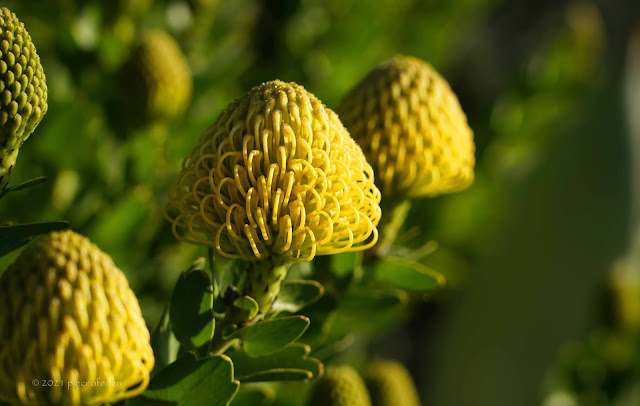 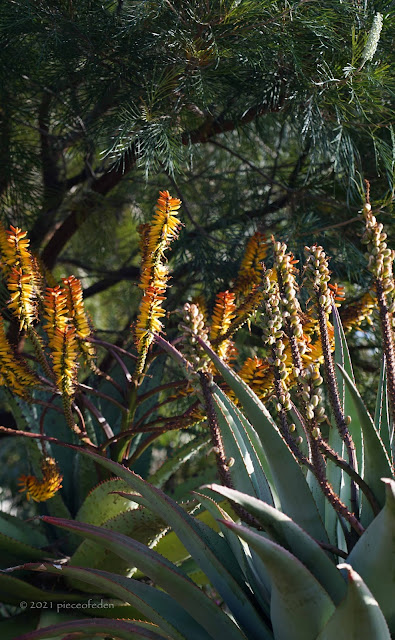 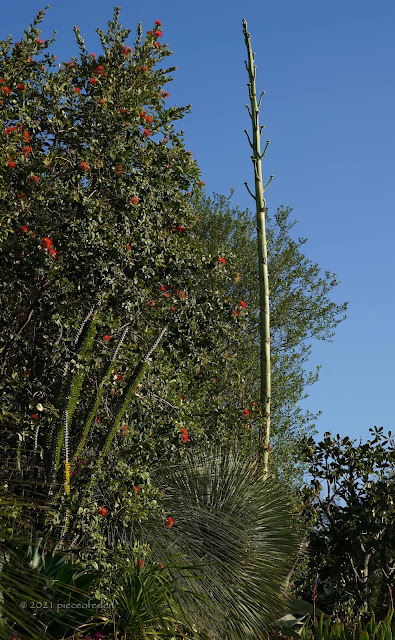 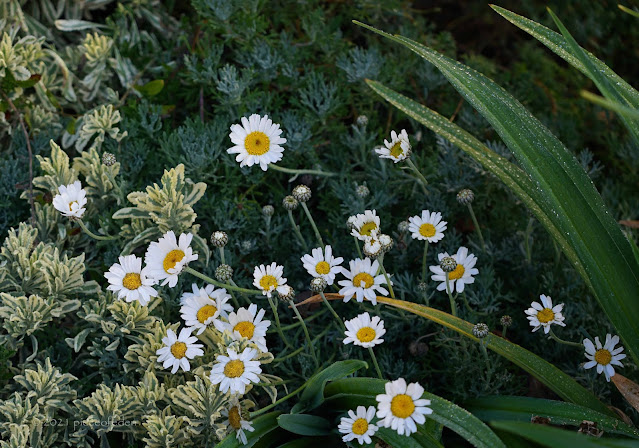