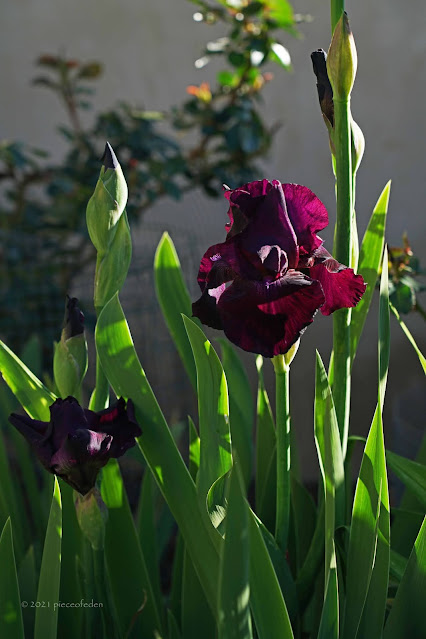 1. One of the Agave titanota 'White Ice' offsets I pulled off the 'White Ice on the far left

2. Aloe aculeata.  There are two more there, one of which can be seen on the far upper right

3. Leucadendron 'More Silver', moved from the mailbox bed.  I planted two right next to each other a couple of weeks or so ago.   After advice from someone who has successfully grown 'More Silver',  I moved one of the two here. 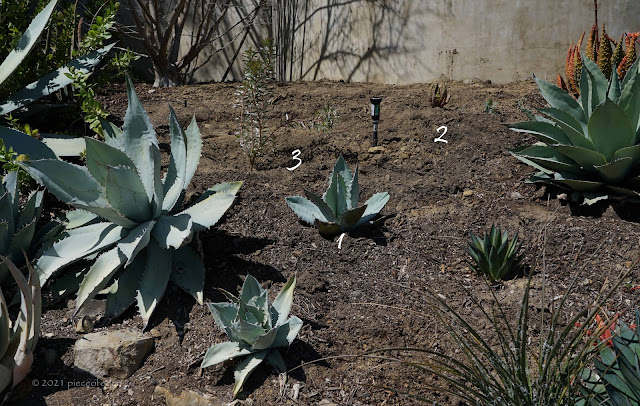 Elsewhere in the garden...

Fooled me.  Planted in August 2019, will it flower for the first time this year? 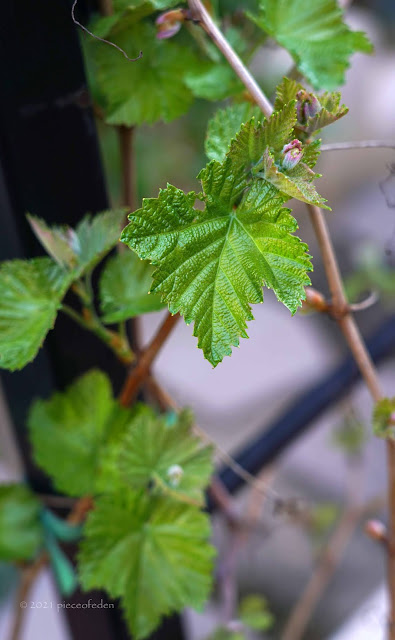 This week, Callistemon (now in Melaleuca) viminalis 'Slim' burst into flower.  The male Hooded Oriole has been at the flowers.  Happy that birds can benefit from it. 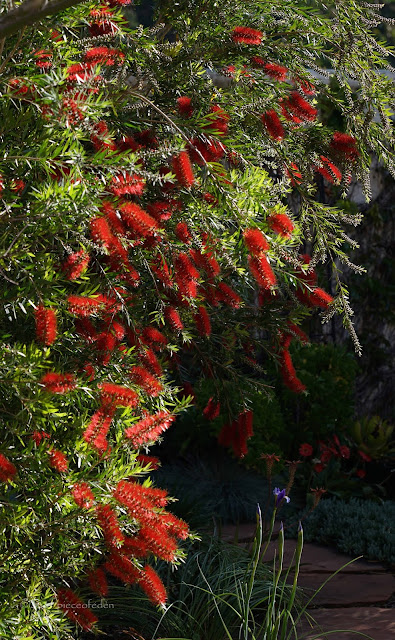 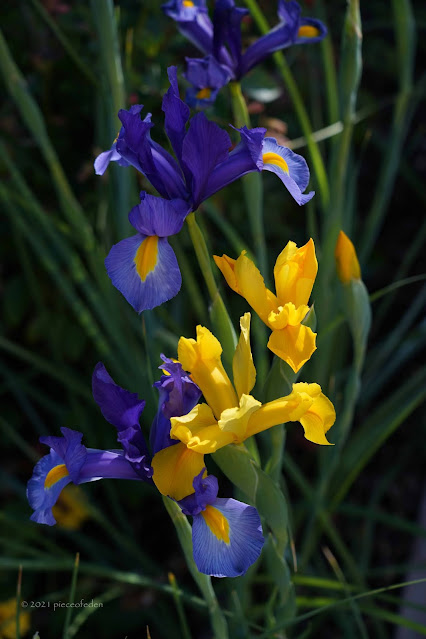 Different variations in color, all lovely. 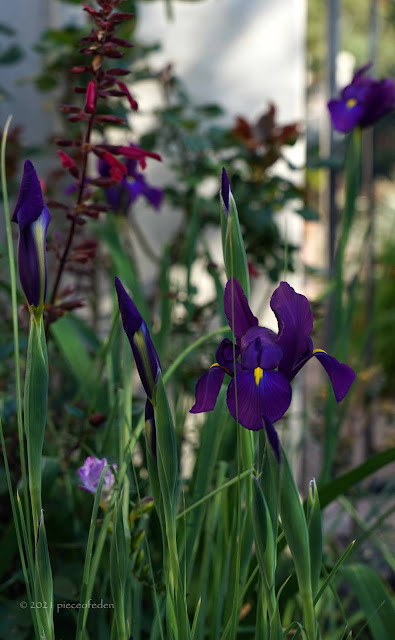 I like the mere hint of purple on the back of the white ones, while face on, they stick out their yellow tongues at the sky. 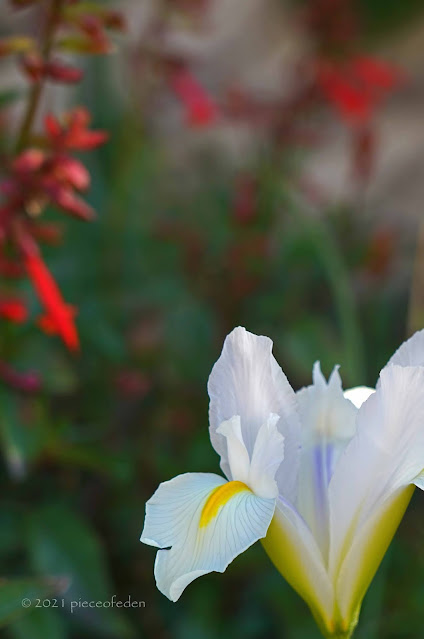 Lots of lavender seedlings popped up due to the rain a couple weeks ago.  I may have thrown some dried flowers around last summer, in the hope of seedlings.  A few transplanted to favorable spots on the front slope.  One turned out to be a weed,  the little one with scalloped narrow flowers and a daisy flower, just on the edge of not being a weed.  Still a weed.   It was easily replaced.

Not merely free lavenders--free weeds, too!  The lavender seedlings  may or may not make it--April is already imminent and summer heat won't be far off--actually we're due to get some Wednesday, unfortunately.  Weeds, of course, won't have any trouble.  Spotted spurge loves heat.

This one is a lavender: 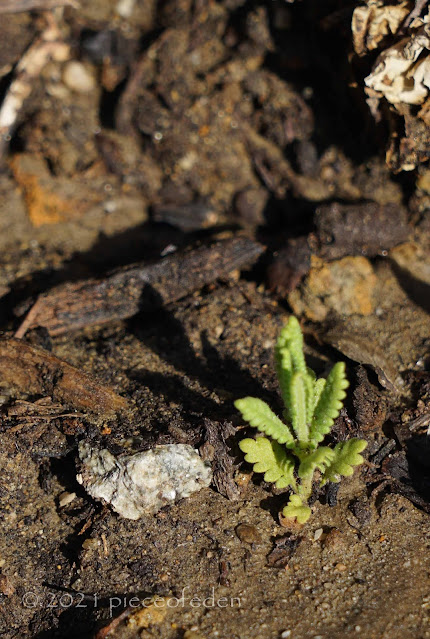 Leucospermum glory time.  Several neighbors and the mailman stopped to admire them. 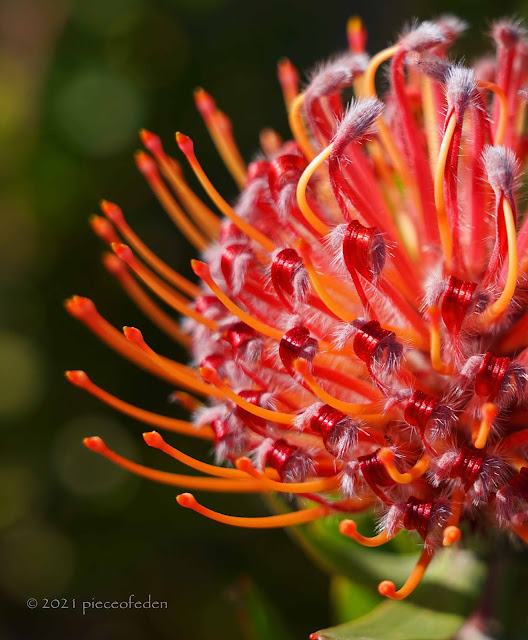 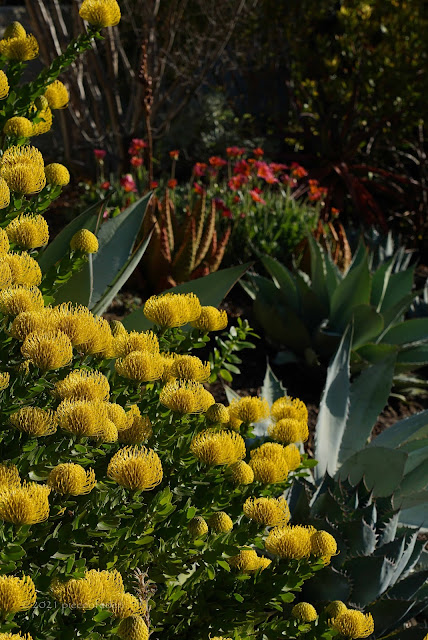 There below the Leucospermum is one of 2020's lavenders.  They usually volunteer right at the edge of the slope, where it meets the concrete curb.  If they are happy, I'm happy.  Grab um like hair, and cut off half.  March and October. 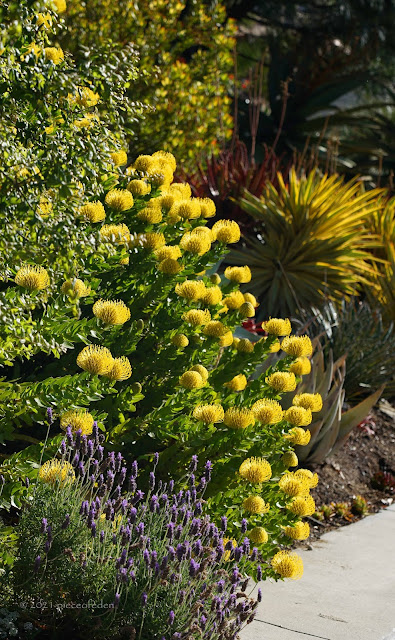 What's making you happy at this start to Spring?

Agave Just A Bunch Of Flowers