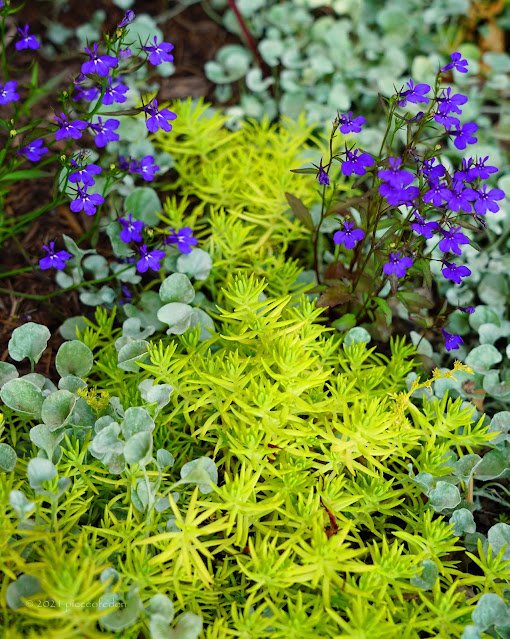 The last Sunday of Spring 2021.  Beauty to recall on a dog day in Summer.

Fuchsia with Tillandsia Somnians.  T. somnians is one of a small number of species in the genus Tillandsia that are terrestrial.  A few years ago I'd hole-sawed a cup in the top of the rock and tried to grow small succulents in the cup.  None succeeded.  T. somnians, on the other hand, has thrived.  Photobomb by T. usneoides on the extreme right hand side. 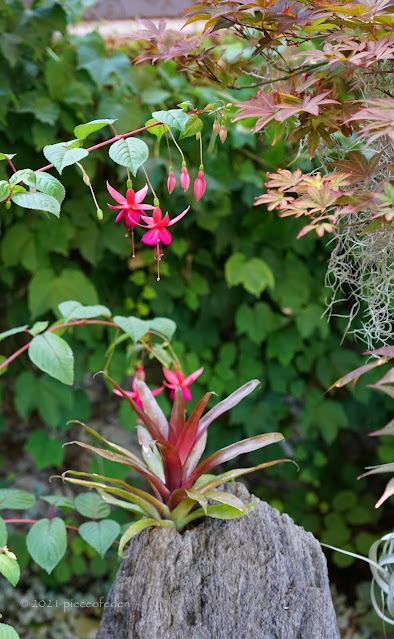 Tillandsia xerographica living outdoors in the Acer for the summer: 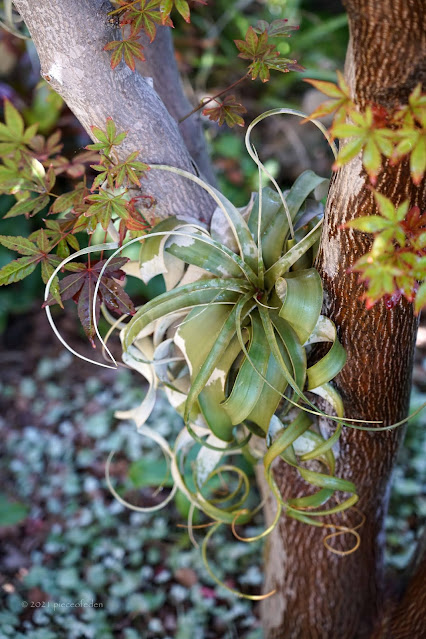 I observed over time that T. usneoides ("Spanish Moss") was only happy in the very lowest branches of the Acer, where humidity rising from the soil below kept it moist enough to survive.  While T. xerographica is much more xeric, some humidity has appeared to help.

Can onions be beautiful?  We're pleased with this year's home-grown crop, of which these are part: 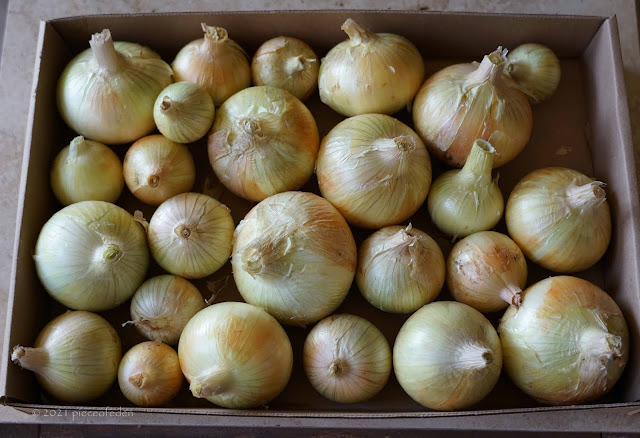 Fresh home-grown figs in a couple of months: 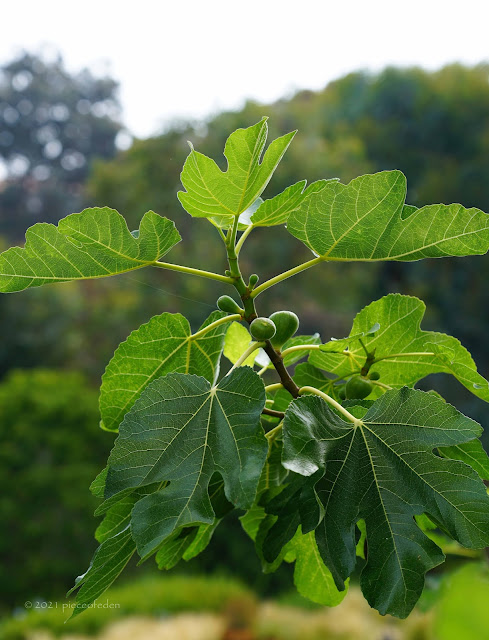 Rose 'Belinda's Dream' with Geranium 'Rozanne' and Tritelia at its base: 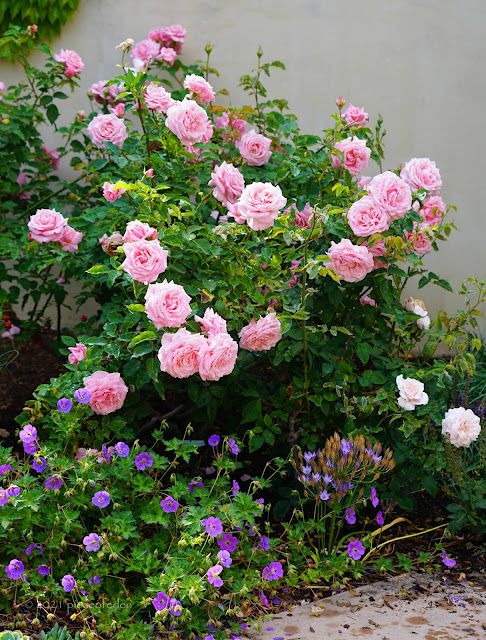 The first flower of the year from red-flowered/dark foliaged Canna: 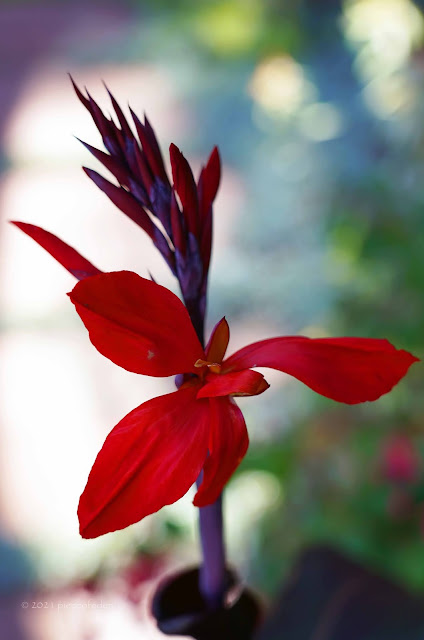 A big surprise from the Ozothamnus coralloides that belongs in New Zealand, not southern California:  new growth!  I nestled it into moist shaded soil with a dark-foliaged Begonia.  It's probably doomed later this summer in one of our coming horrific heatwaves, but it's a delight to see it manage to grow a bit first, and discover a friend in the Begonia. 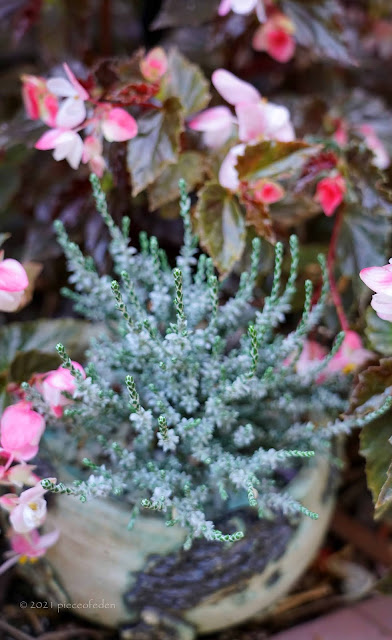 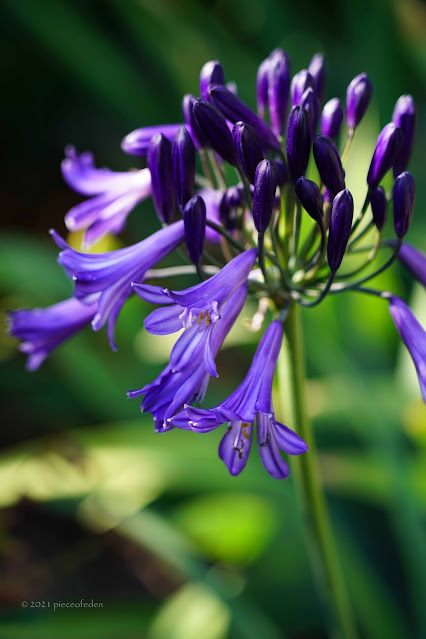 Purchased back in early May, Cuphea purpurea 'Firecracker' has begun to flower.  The tiny, intensely saturated orange and purple  flowers appear to gossip with each other. 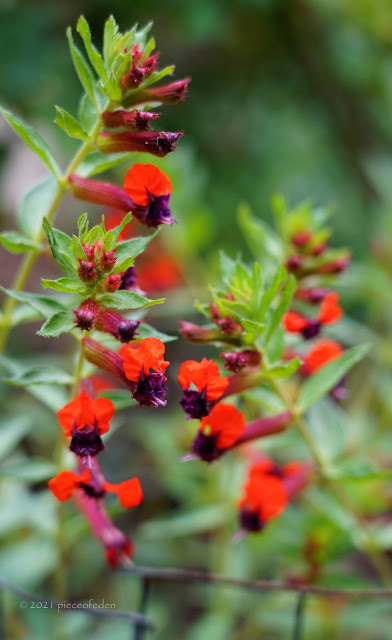 The bright yellow centers of the daylily flowers match nearby Hunnemannia petals: 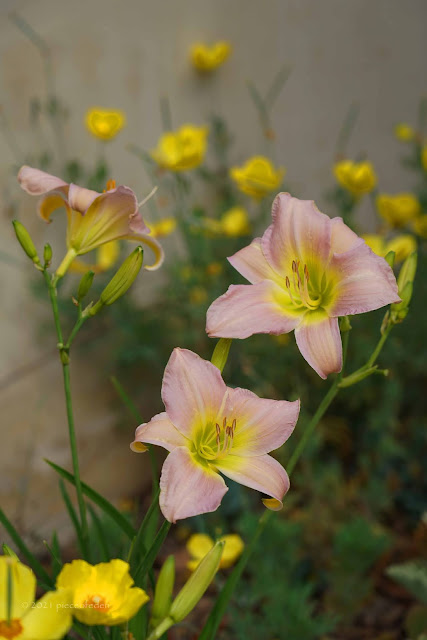 The best of the neighbor's Jacarandas (a trim would significantly increase their beauty).  Our rose 'Snowgoose' below: 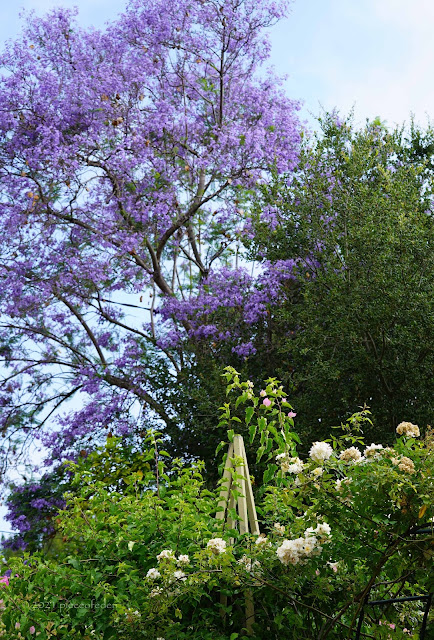 Aeonium 'Zwartzkop's are settling into summer dormancy surrounded by the foliage of Leucophyllum 'Thunder Cloud'.  The Aeonium rosettes will close into fists, drop many leaves, but awaken again around the autumnal equinox: 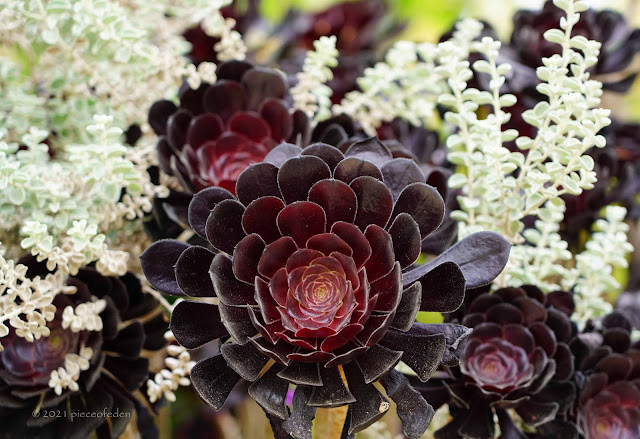 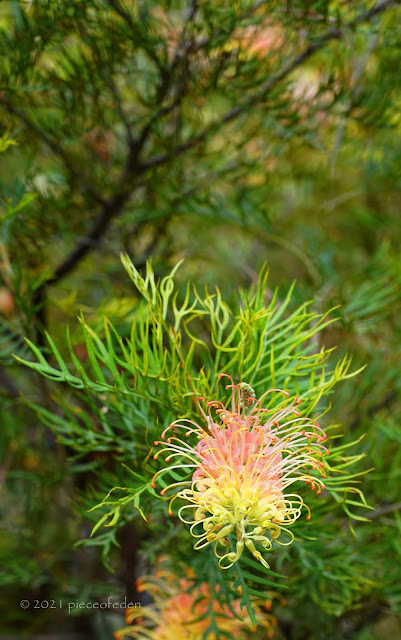 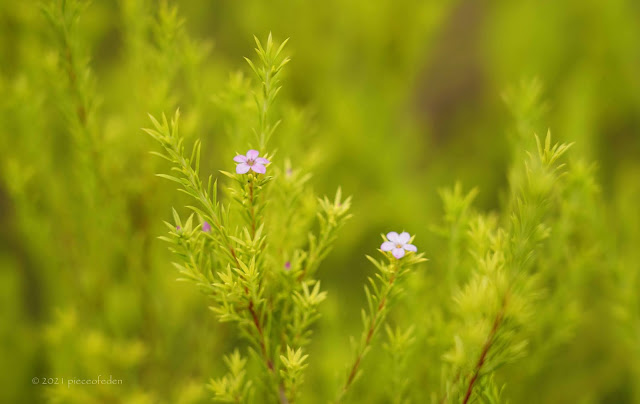 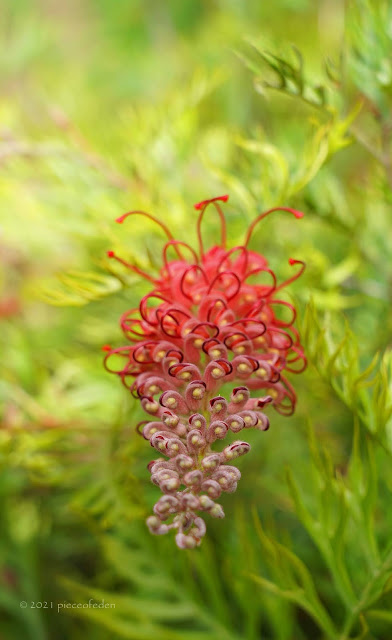 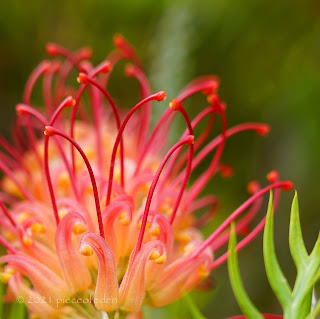 Leonotis leonurus against a background of Hunnemannia: 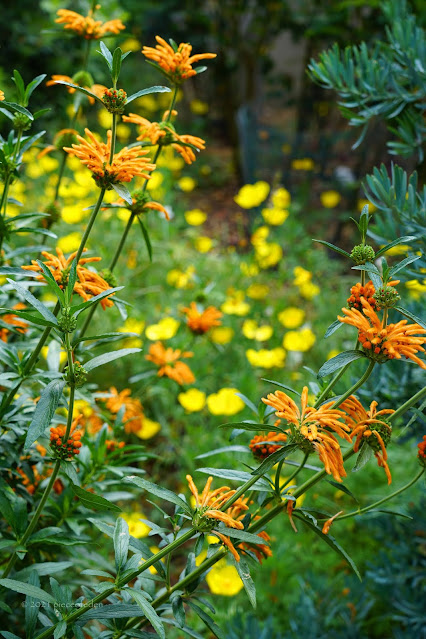 Best for last. House Finch in the urn 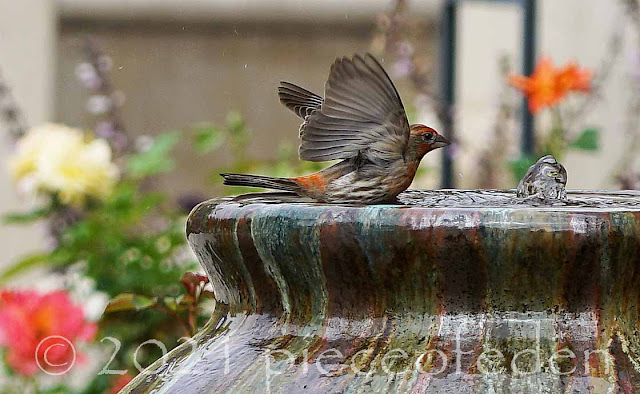 And Hummer, drinking from the urn's wet surface.  Right after the camera shutter clicked, two more Hummers appeared and a vicious battle ensued. 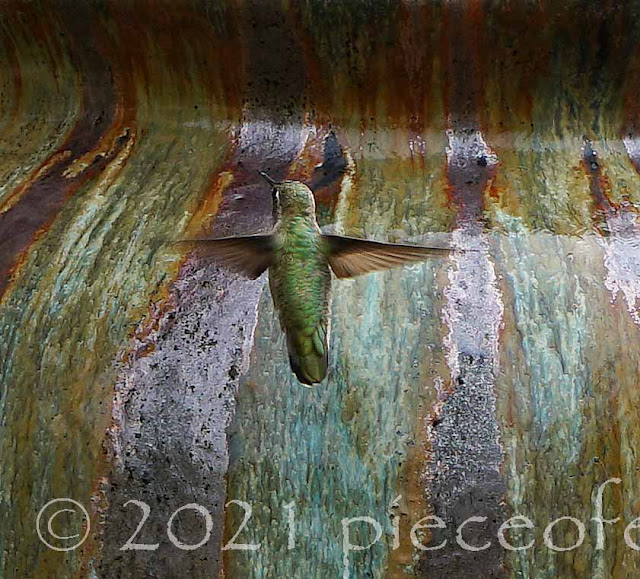 Hope your weekend was lovely!

Just A Bunch Of Flowers Wildlife