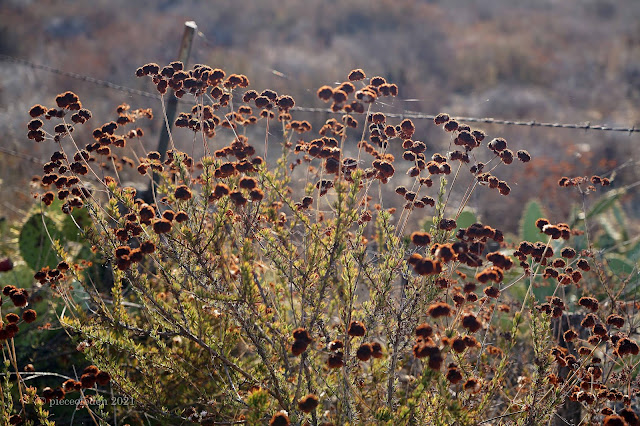 Our morning walk takes us past the local wilderness park.  The county is slowly restoring the native Coastal Sage Scrub plant community there by removing non-native species of trees and smaller plants.

Eriogonum and Opuntia littoralis in the foreground.  A mix of Eriogonum, Artemisia, and other plants beyond the fence.  A lone dark green Malosma laurina background right, beyond are riparian trees--cottonwoods, mostly, with some weeds (trash palms) 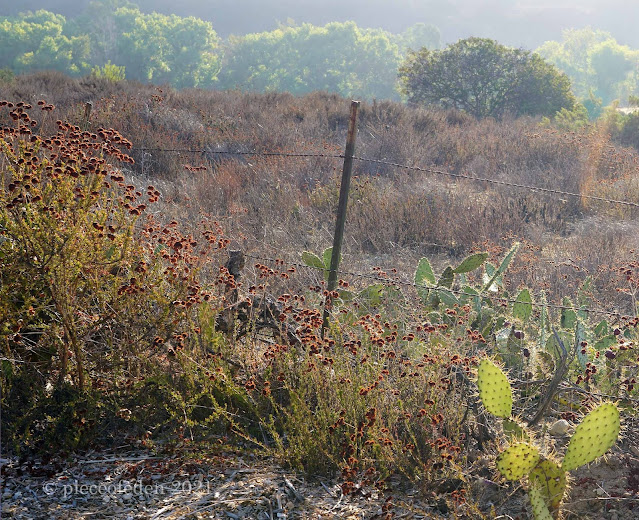 Misty early autumn lighting motivated me to bring a camera along on our walk one morning, to capture the scenery. 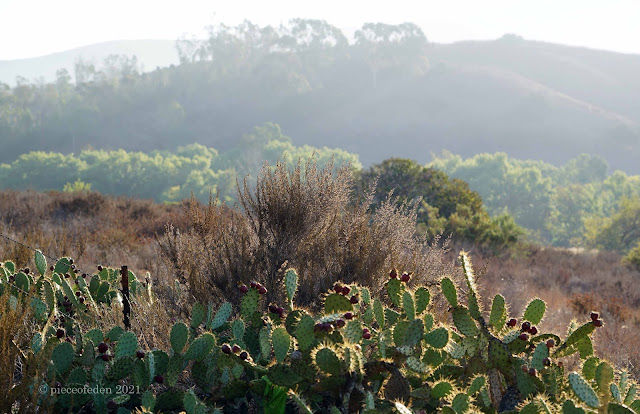 Beloved and the pups walking ahead. 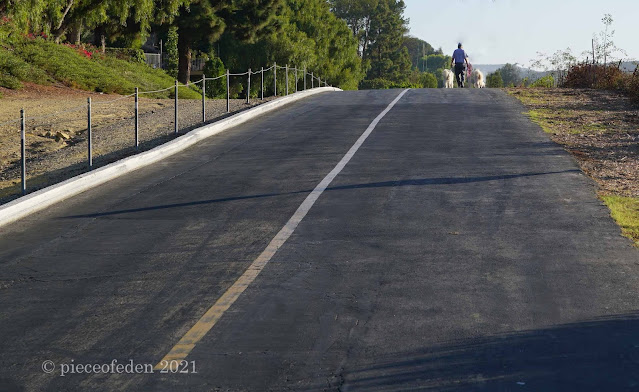 The Opuntias are so desiccated by lack of rain their pads are translucent. 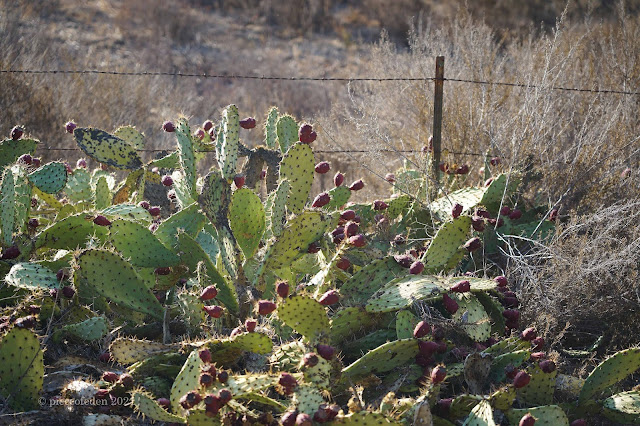 A line of non-native Eucalyptus on the ridge. These have been dying off due to lack of water and multiple insect infestations. 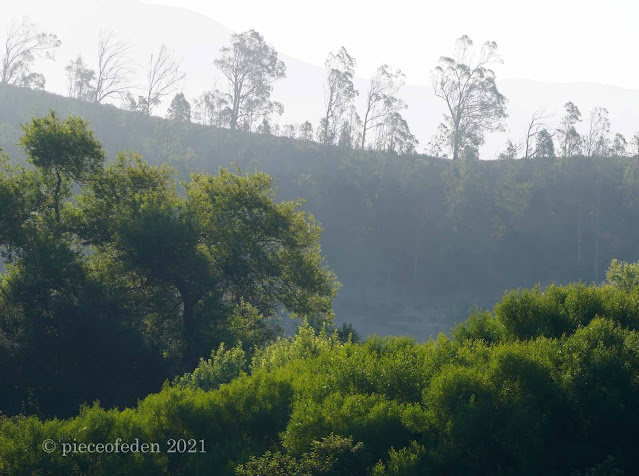 A friend has been growing native Oak trees for the County, to plant in the park, aiding the restoration effort.  The north end burned to the ground in the Canyon II fire in October, 2017, leaving a blackened moonscape of rock. 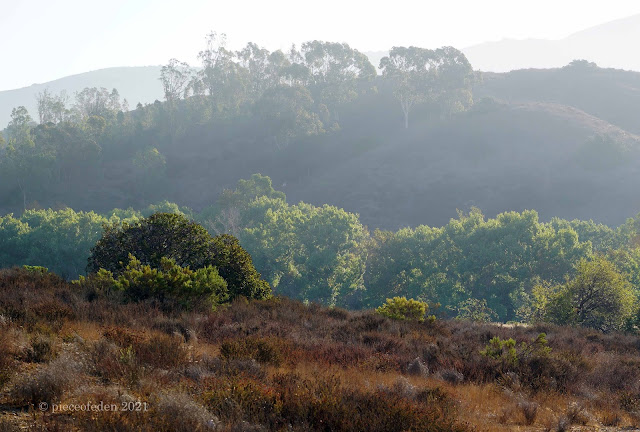 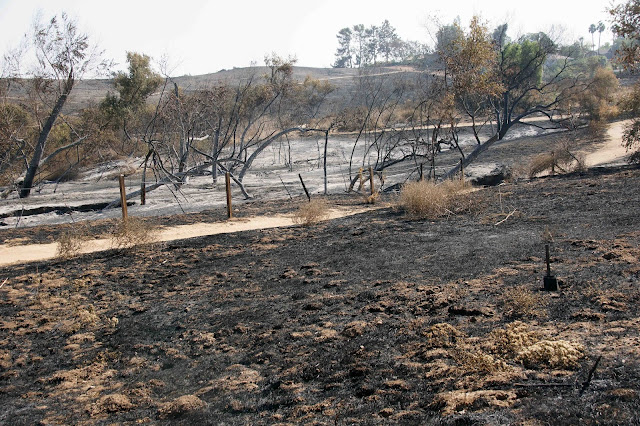 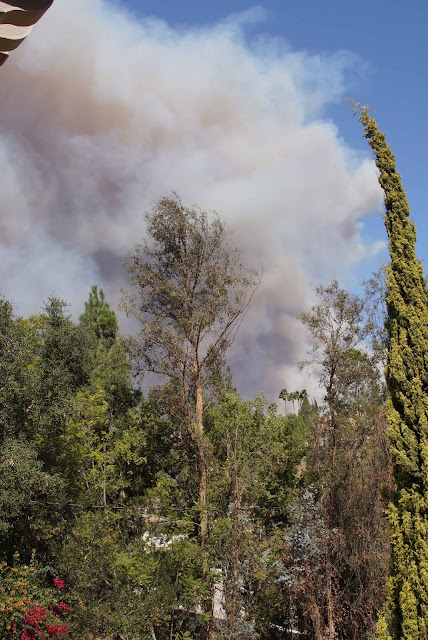 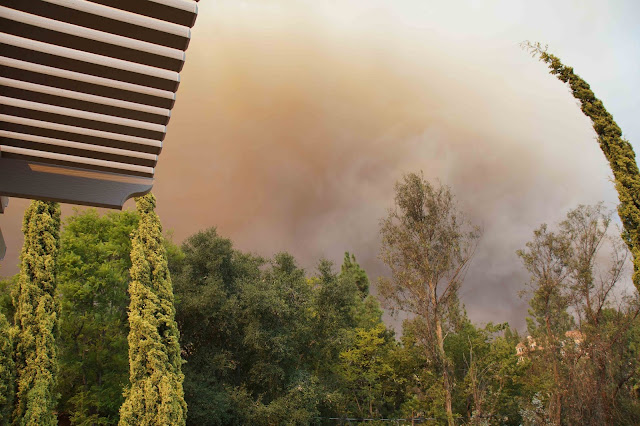 Pre-Covid-19, we would walk down through the park every so often, especially in the winter months, but since the pandemic began it is a too-popular place to walk--especially on the weekends.  Hopefully, eventually, most of the drive-in walkers return to the gym, the mall or where ever they were going before the pandemic. 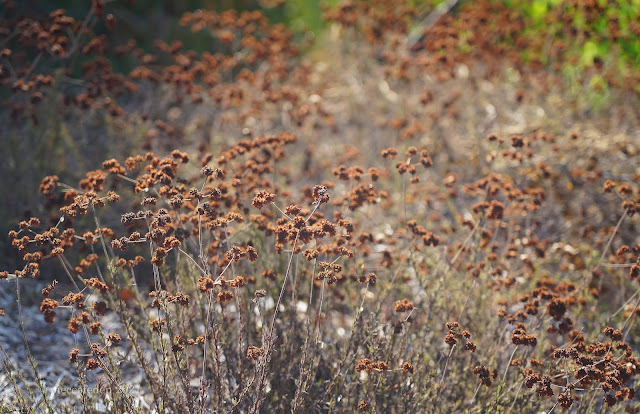 Anyway, its Autumn!  Summer, that season of misery  and forced idleness, is over.