At The End Of September 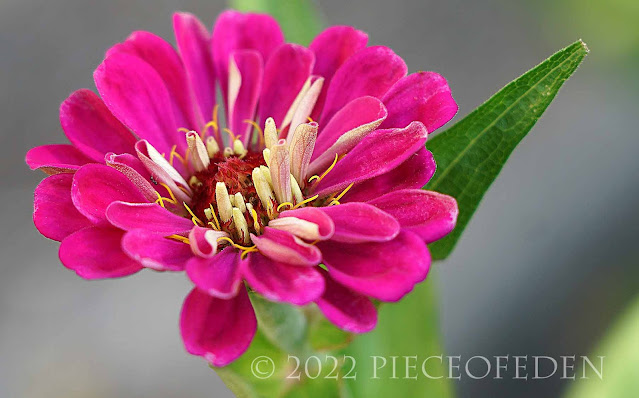 We finally have a cool-down.  It feels like autumn at night, but still summer during the day, and it will for a while.

I walked the garden early yesterday surveying heat  damage.  The once beautiful 'Marjorie Channon' Pittosporums are dying rapidly, as is the 'Ivory Sheen' version.  The two heat waves killed the Banksia, too.  Ouch!  Both 'Meyer' lemons are toast.  Double ouch!  Then there are supposedly thirsty Hydrangeas, which are...fine, thank you. 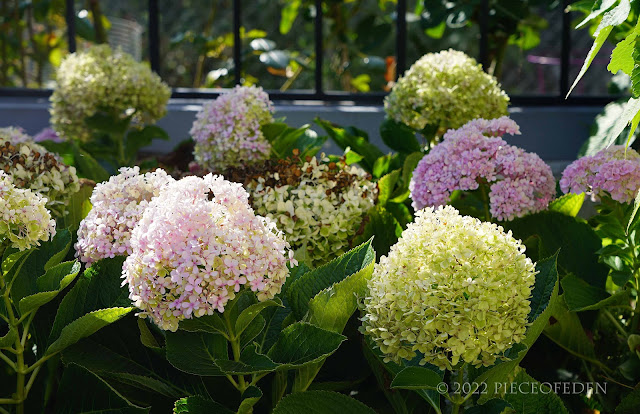 Blankety-blank rabbit decided the Gomphrena was edible after all, drat! 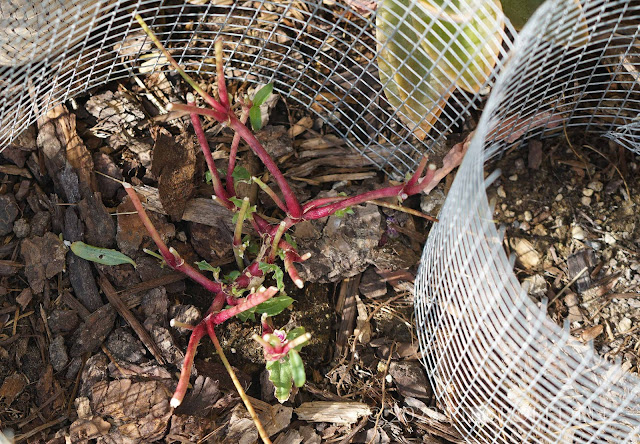 I started removing some of the Dymondia by Smaller 'Hercules', stopping when it got too hot.  The Dymondia has become infested with oxalis, fescue, and spotted spurge.  The plan is to move a couple solitary Aloes there. 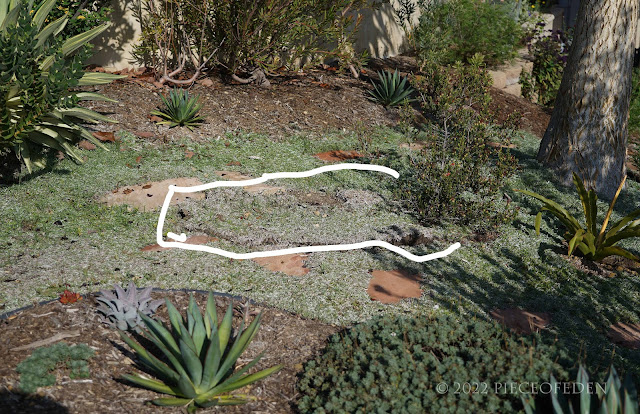 I started to dig a hole for the other big-box Lecospermum waiting in a pot, and stopped.  (The first, recently planted is at extreme lower left of photo.)  Digging stopped because considerable roots were growing in the starred spot--not sure from what.  I have another spot possible--will try it there. 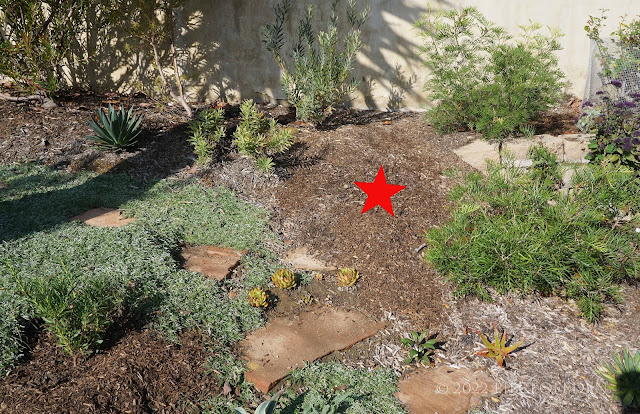 While the heat was too much the past few days I thoroughly groomed and washed both puppies, found a guy to do some work on the front doors (they were rubbing on the threshold) and other non-gardening activities.  Ordered some stuff to finish the found chairs, and re-moisturize the front doors.

Looked around the garden, mostly.  Little bits of interest here and there.  No photos of the dead stuff.  Too sad. 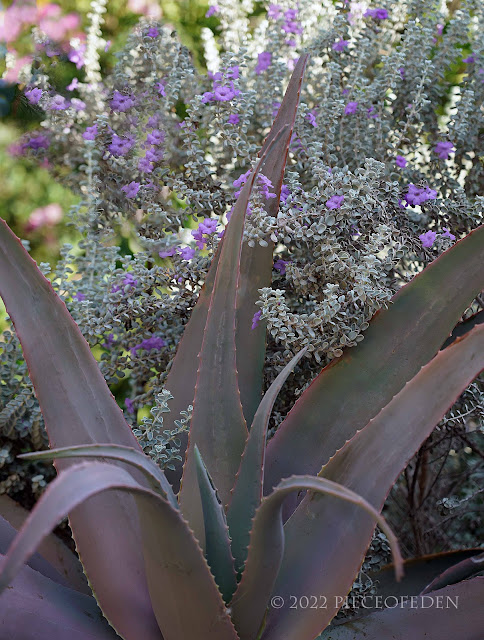 For every dead Pitto and Banksia, there's a Leucadendron 'Harlequin' repeatedly exceeding all expectations: 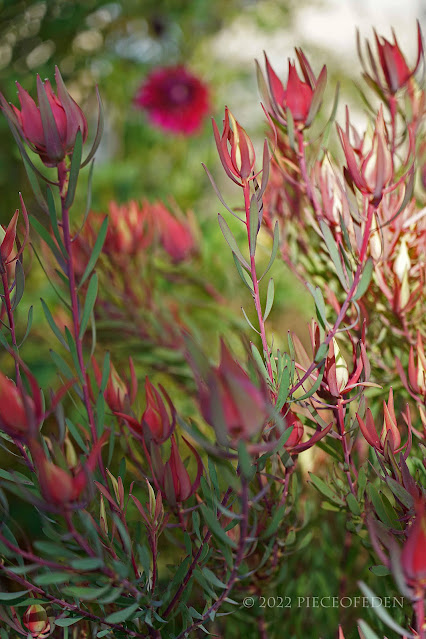 and a Dahlia that endures: 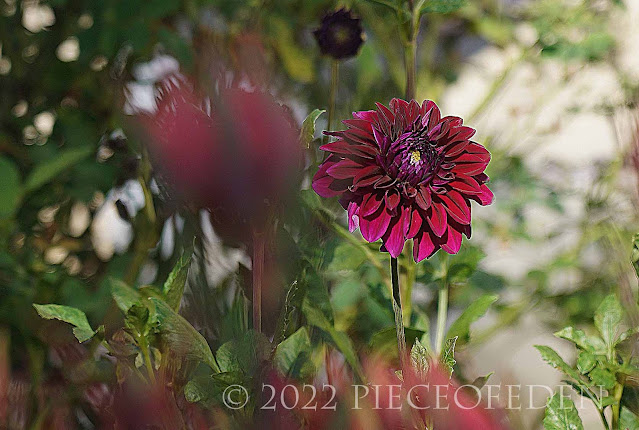 Some plants failed, but some survived.  A new TB Iris that looked like it wasn't going to grow... 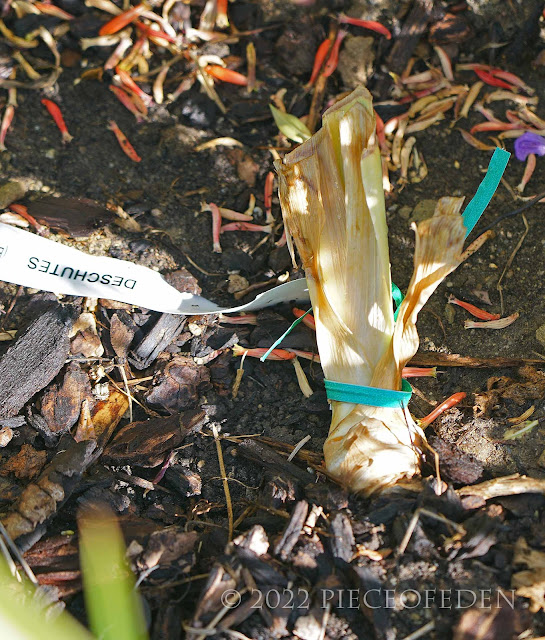 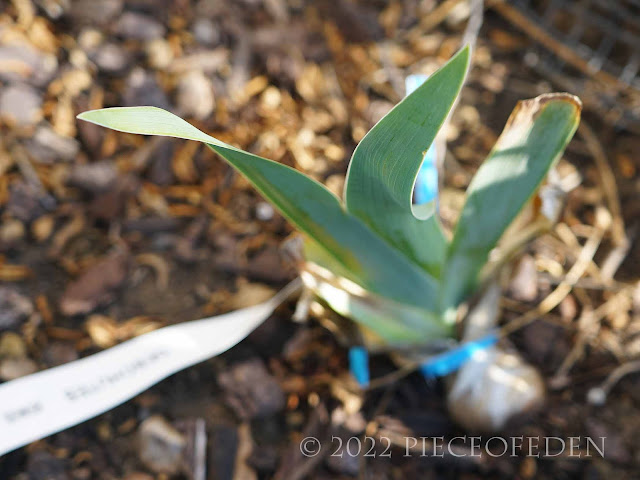 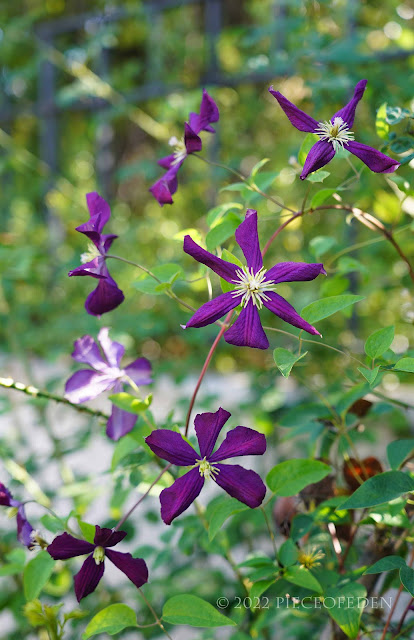 Some bad, but some good, too.  Onward! 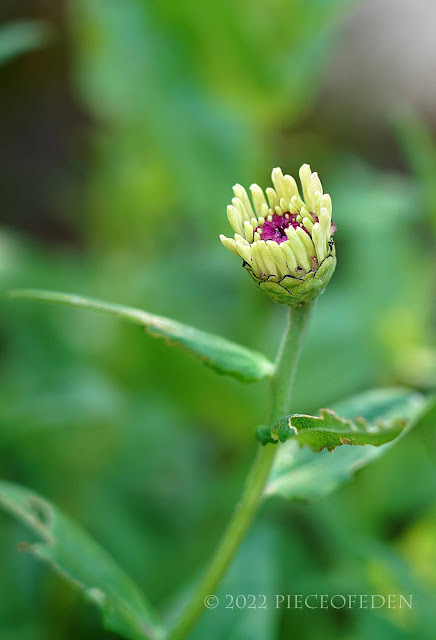 What's exceeding your expectations in the garden lately? 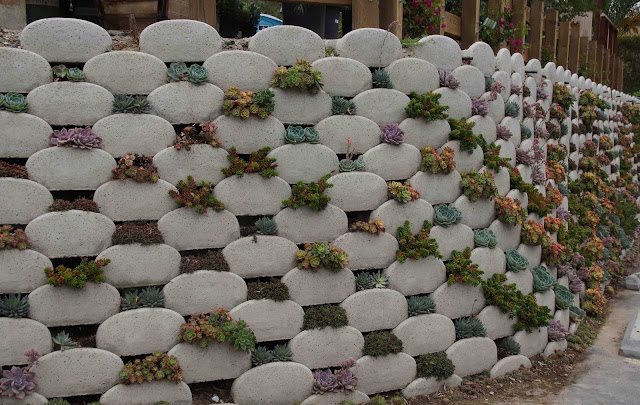