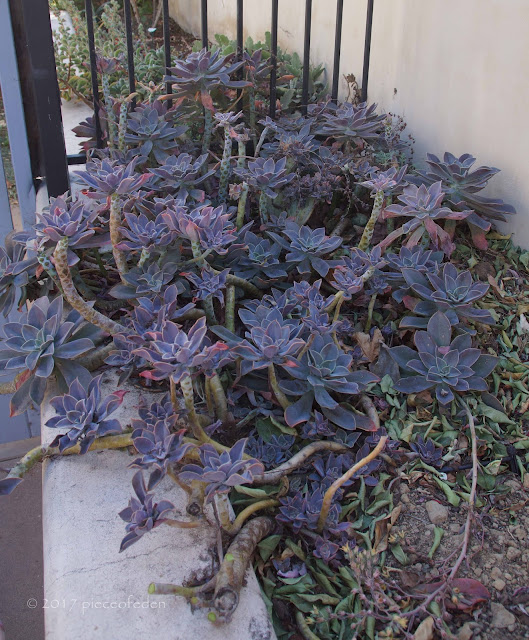 The mass of Graptoveria 'Fred Ives' by the gate needed to be cleaned out and replanted.   The mass started out as a single sunburnt rosette back in 2014. 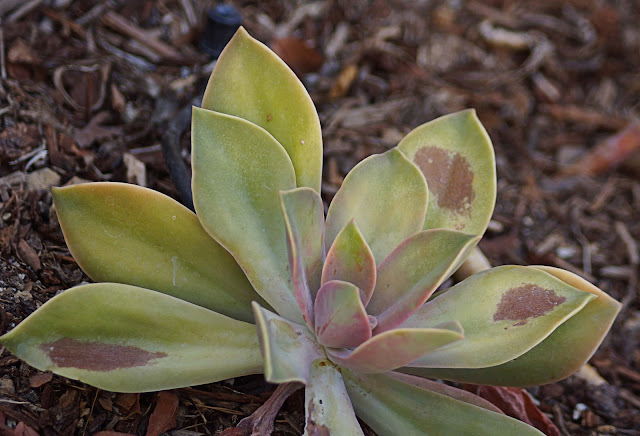 It was so happy to get out of a pot and into the ground, that it quickly became many rosettes: 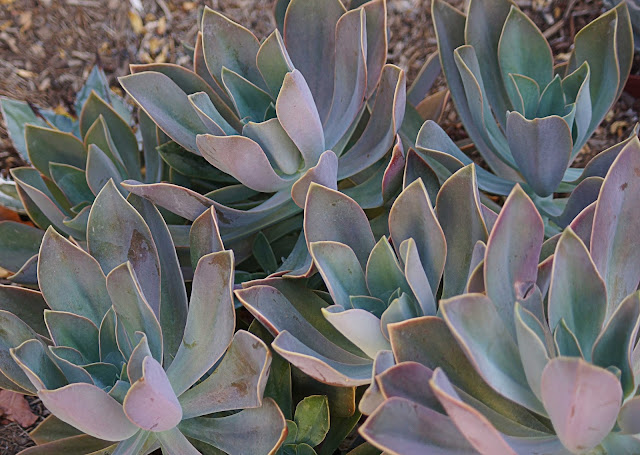 It has grown and thrived these three years with morning sun, afternoon shade, and light but regular irrigation.  I've rooted rosettes from the original clump and planted them in many different places in the garden.

One of the other clumps in all-day sun and reflected heat:  'Fred Ives' can do fairly well if regularly watered.  The foliage color is much different than in shade or part sun. 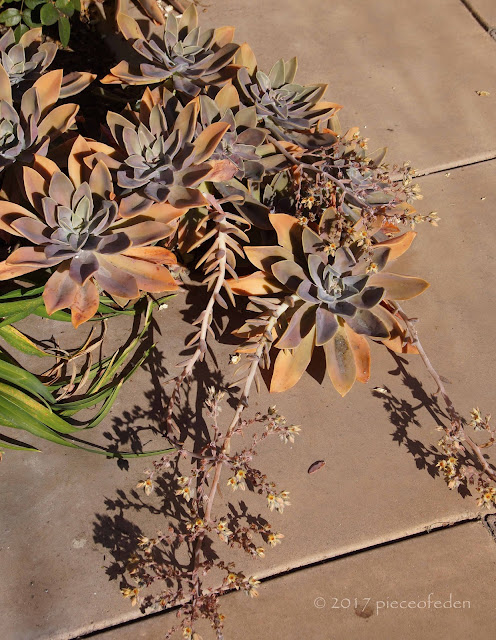 I have a long history with 'Fred Ives'.  A little white-haired elderly neighbor gave me a rosette when I was five years old.  I had it for quite a time and was fascinated by it, but I don't remember what happened to it.  Planted in Mom & Dad's garden, and lost at some point, probably.  I've blogged about this plant before, but it continues to intrigue me.  A clump produces masses of flowers which the hummingbirds will visit constantly.

The clean up yielded more additional rosettes than I expected.  Many more. 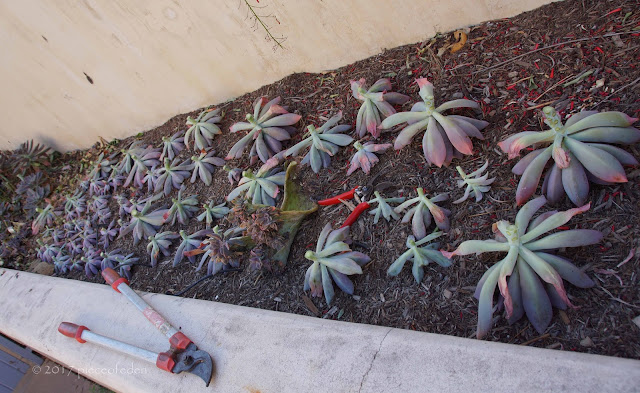 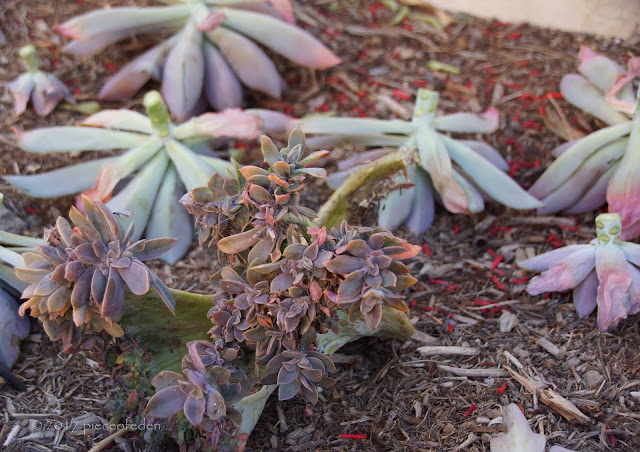 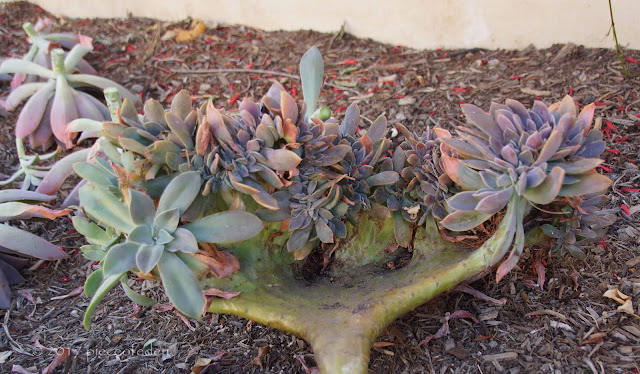 After a lot of rosette removal... 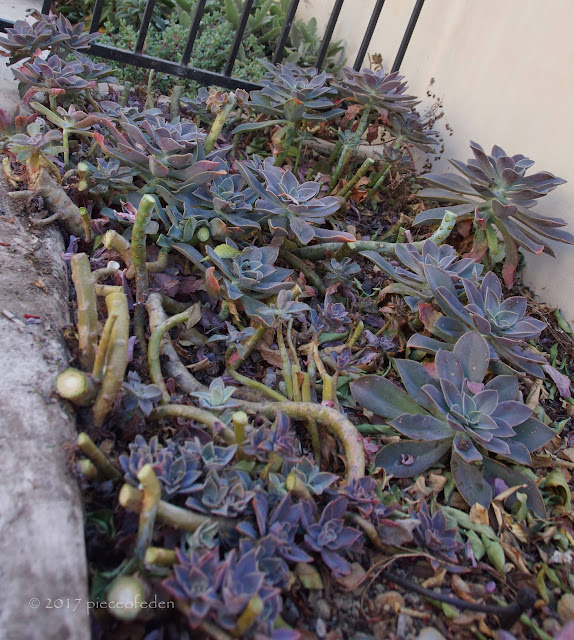 I noticed that new rosettes were plentiful where I'd done some cutting back a few months ago (rosettes were getting in the way of opening the gate): 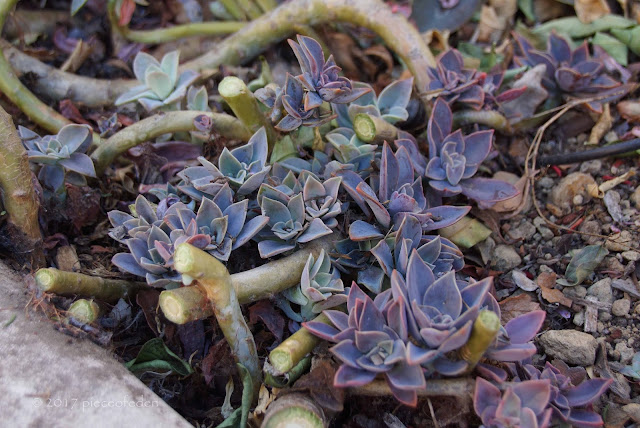 There were also a mass of larger rosettes where I'd done some cutting back last year: 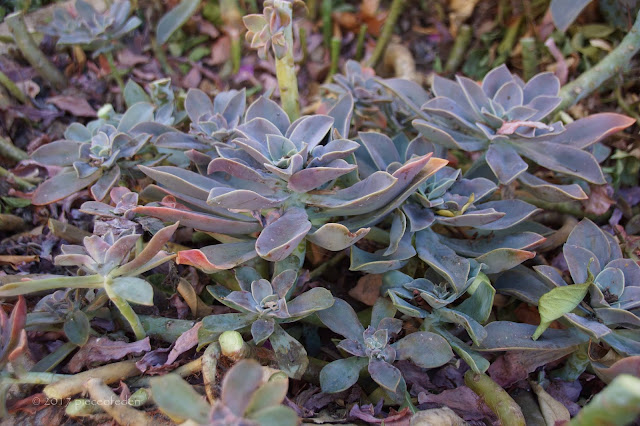 The old stuff may not need to be removed.  Shortened stems sprout new rosettes easily.  I shortened all the bare stems, tossing the extra lengths into the green waste bin.  But there are all these extra rosettes, too.  A whole lot of them. 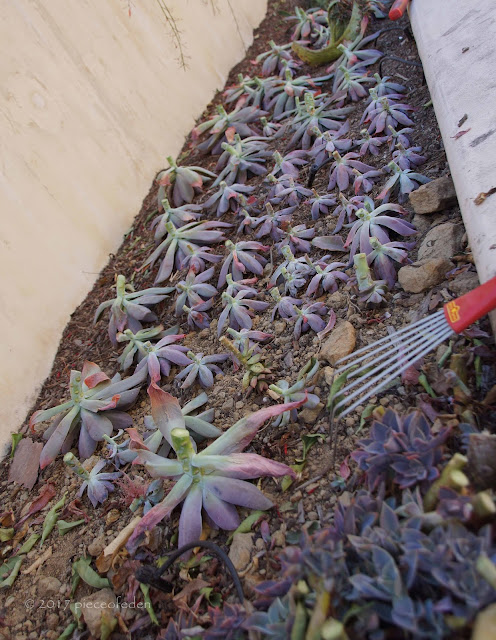